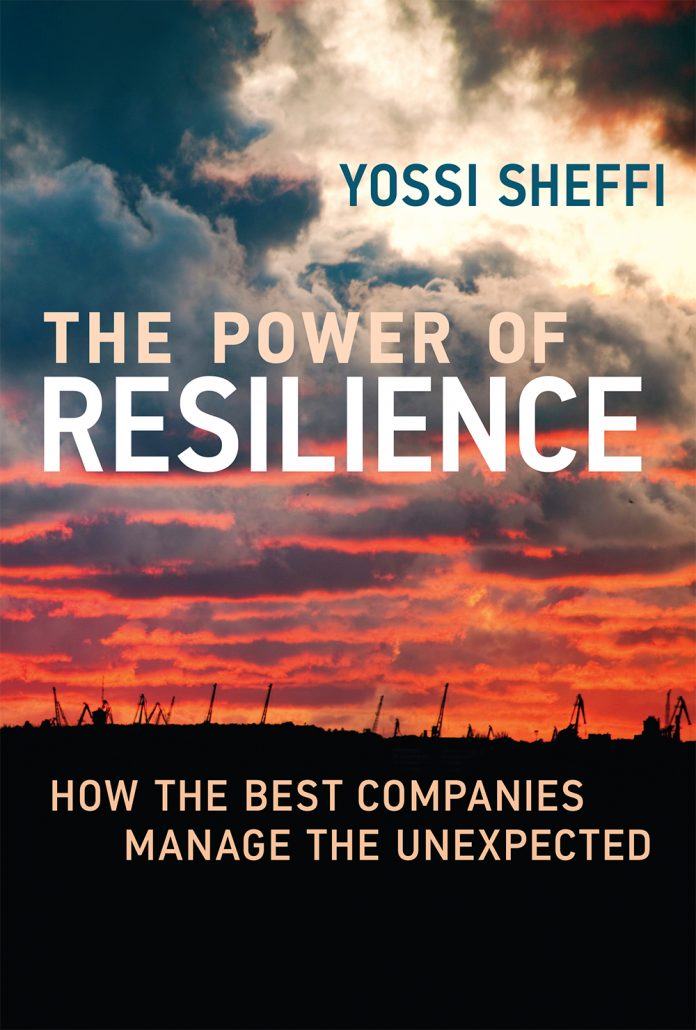 CONTRIBUTION BY Dr. Yossi Sheffi – professor at the Massachusetts Institute of Technology and Director of the MIT Center for Transportation & Logistics (MIT CTL)

The monstrous 8.6-magnitude earthquake off the northeast coast of Japan spawned a tsunami that surged 4 kilometers inland, obliterating towns and farms across a huge swathe of the Japanese countryside.

As I describe in my new book The Power of Resilience: How the Best Companies Manage the Unexpected (MIT Press, October 2105), that earthquake took place in 869 AD and most of the world was completely ignorant of the disaster. Industrial power came from local sources such as horses and water wheels, and production was localized too. Supply chains extended about as far as the communities that they served.

Fast forward to 2011 when the geological shock that caused the 869 AD disaster happened again. It caused a similar quake that sent a tsunami hurtling into the northeast region of Japan, destroying buildings and wreaking widespread devastation.

This time, however, the terrible events also triggered a tsunami of news that rippled across the globe. Pictures of the cataclysm were beamed into households worldwide.

The world of 869 AD had no nuclear reactors, electric power grids, or digital communications. And it was bereft of modern day supply chains that encircle the planet, connecting factories and communities in a complex web of global commerce.

In 869 AD the consequences of the disaster were confined to a relatively small region of Japan. In 2011 the consequences reverberated around the world, sending shock waves through carefully synchronized supply chains. Companies from automakers to digital equipment makers that relied on suppliers in the region were suddenly sent scrambling for alternative sources of product. Financial markets in almost every country felt the commercial convulsions.

That is one of the trade-offs of global connectivity. The globe-spanning supply chains that deliver goods around the world and support word trade also transmit disruptions across the network. Risk is multiplied many times because one serious dislocation can shake the entire edifice.

We see this today with the fallout from China’s manufacturing slowdown. This has caused much consternation in the US as companies try to figure out how slower growth in China will impact their businesses. Countries such as Australia that are heavily reliant on sales of commodities are now suffering economically because their biggest customer is buying less.

The trade-offs that come with globalization also extend deep into supply chains, as I describe in The Power of Resilience. For example, as companies have expanded globally and outsourced manufacturing to offshore contractors, they have extended their supply chains geographically. The strategy can lower costs and increase profits, but it can also make it more difficult to keep tabs on suppliers, particularly deep-tier vendors that are buried within a complex bill of material. Firms must weigh the benefits of these longer supply chains against the risk of a sub-tier supplier failure.

Interestingly, while some risk can be mitigated by having redundant supply sources, other risks multiply. Contracting with extra suppliers can mitigate the risk of a supplier failure owing to the ability to source from the alternates. Yet the strategy also increases the risks associated with corporate social responsibility (CSR); it only takes a single supplier to get caught employing sweat labor or polluting the environment for the brand owner to be attacked. Thus, a larger number of suppliers increases the CSR risk. As Colin Davies, senior director of procurement at Pfizer, emphasizes in The Power of Resilience, companies need to establish effective control measures to monitor these supply networks. “If you are dealing with several thousand suppliers in 150 countries and you haven’t got those controls in place, then your risk as a business increases enormously,” says Davies.

Companies have to find the right balance between the merits of doing business with multiple suppliers in various countries, and the greater likelihood of CSR-related disruptions.

On a global level, the balancing act becomes trickier with every year. The world’s GDP grew 30 percent from 2003 to 2013, and global trade increased 55% during that time. The number of middle class consumers doubled to two billion, and companies’ supply chains expanded upstream and downstream to serve them.

We have experienced a global financial crisis, various natural disasters, and there are rising concerns over global warming, aging populations, and cyber vulnerabilities.

The good news is that many companies have learned from past events and have created much more effective resources for preventing, detecting, and responding to disruptions.

In 896 AD people lived in isolated communities and had to fend for themselves when disaster struck. Today we are connected to a global community and share such risks as well as the rewards.