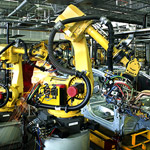 Managing change to manage the possibilities

As supply chain and operations management professionals, we are required to make sense out of rapidly changing environments that often make conventional wisdom passé. We constantly strive for better, faster, cheaper, more flexible performance. Some of the shifts we’re dealing with today are classic environmental issues, such as being better stewards of our natural resources. Regardless of whether it’s maintaining clean water, clean air, or a clean Earth, all of us need to accept that these things are now part of our jobs.

There are other interesting environmental changes to consider, as well. One pressing transformation is the evolution of production and process technology. A June 2013 Wall Street Journal article described several examples of digital technology transforming manufacturing design and flexibility, such as biomanufacturing, additive manufacturing, and industrial robotics, to name just a few. Also included was considerable discussion regarding the impact 3D printing will have on the existing supply chain structure. The story notes that, for a modest investment by virtually any industrial measure, it’s possible to meaningfully extricate your business from the vast network of producers, distributors, and sellers.

Another environmental change is subtle, but threatens the security of workers: sustainable company cultures with workforces that include robotics. A September 2013 Time magazine included a sobering examination of “The Robot Economy.” One in three US military aircraft are robotic drones; more than 700 robots are used to make the 2013 Ford Escape in Louisville, Kentucky; and more than 360,000 surgeries were aided by robots in the United States in 2012. Similarly, Google’s efforts to pioneer the driverless car have implications far beyond just getting from point A to point B.

Whose jobs become obsolete as a result of the move to robotics? The article included a historical basis for this concern by demonstrating that the prevalence of the shipping crane on loading and unloading docks in the early 1980s virtually eliminated longshoremen. As supply chain and operations management professionals, we have the ability to figure out more effective processes—but these can come at significant costs in terms of worker security and loyalty.

The common denominator in the environmental situations described here is this: It’s a process. Whether you’re performing open-heart surgery, creating specialty parts with a 3D printer, or putting the finishing touches on the driverless car, these must be processes that are well defined, capable of being executed, and clearly connected to downstream processes. This helps ensure customer satisfaction—the most fundamental element of sustainable business.

Returns – A Threat to the Bottom Line or an Opportunity to Cut Costs?

Why the 2030 Sustainable Development Goals matter to packaging professionals