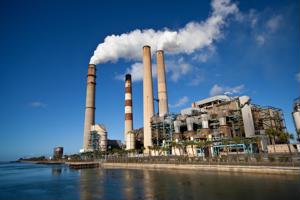 Public awareness regarding environmental issues has been steadily increasing for some time now, and the trend only continued in 2013. Consider, for example, the food industry. Organic foods have now moved into the mainstream, with major supermarkets devoting considerable storage space to these items, while restaurants and even food chains specializing in organically produced foods have become a common sight. With sustainable agriculture now a mainstream concern, consumers with particularly acute environmental consciences are looking for foods that are as locally sourced as possible.

But manufacturing hasn’t developed at the same speed as environmental awareness. Despite investments in solar and wind-generated energy, these power sources simply aren’t ready to take on more than a small portion of the energy needs of major manufacturers. This gap is a real problem for companies: Consumers expect sustainable product sourcing to be a top priority for the organizations to which they give their money, so it’s vital for firms to align themselves with suppliers that will reflect well on the way the public perceives the brand.

In a column for Project Syndicate, Li Yong, director general for the United Nations Industrial Development Organization, discussed the dilemma that manufacturing poses to society. The sector, of course, is vital to the economic health of both growing and developed nations, but it’s also particularly problematic in its impacts on the environment.

“Resources are being consumed more quickly than the planet can replace them. The manufacturing sector is particularly voracious, devouring over half of all raw materials, around 30 percent of the world’s energy and 20 percent of its water. In the process, it produces too much waste for our fragile ecosystems to absorb,” Yong wrote.

Clearly, the scenario that Yong outlined cannot be allowed to persist forever. It’s imperative that firms find productive ways to make sustainable sourcing central to manufacturing – and ideally, this can happen in ways that also coincide with spend management.

Collaboration is one of the main strategies that companies are employing in their efforts to solve the problems in sustainability that are specific to their industries. In a column for GreenBiz, Suncor Energy executive Gordon Lambert discussed how his firm and others banded together to move toward cleaner manufacturing in Canada’s oil sands industry.

“A core decision was that the whole industry had to improve together: one green company was insufficient,” Lambert wrote.

Hopefully, the need for greater sustainability will continue to push companies toward developing more creative solutions.