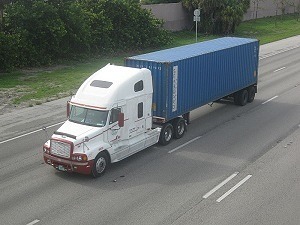 A recent survey has found that more than half of e-commerce consumers (54%) are willing to pay at least 5% higher prices for products ordered online if they are delivered sustainably, and 76% would wait at least one extra day for climate-friendly transport.These are among the findings of the “Need for Green or Need for Speed Survey” commissioned by consulting firm West Monroe Partners.

The survey went on the reveal that although consumers seem positive about greener delivery, they are largely unaware such delivery options exist. Further, retailers supply virtually no green shipping choices in the course of e-commerce transactions.In a recent interview, Yves Leclerc, managing director, supply chain, for West Monroe, said the results were surprising and challenge the assumption that same-day delivery is the “holy grail” of e-commerce.“This would lead us to believe that, if presented with the option, consumers would pay a premium or wait longer,” he said. “The challenge today is for businesses to present the option and some visibility into the carbon footprint of various shipping methods. Based on the survey, if those options exist they will drive consumer behaviors.”

Leclerc said previous research has suggested that the carbon footprint of picking, packing and shipping an item next-day is as much as 30 times greater than if the consumer simply drove to the store to buy the same item. Inside a distribution facility, the benefits of being able to postpone fulfillment enables consolidation resulting in fewer miles per stop.

“Green shipping or sustainable shipping is not just about five-day versus next-day shipping,” Leclerc clarified. “It’s the total logistic transaction from the consumer order to delivery. Packaging, returnable containers, inventory holding strategy, consolidation, last-mile methodologies, all of it is folded into the concept of green shipping.”

Leclerc went on to suggest that regulatory impacts in coming years will likely force corporations to pursue greener logistics, perhaps including electric- or natural gas-powered vehicles for last-mile delivery. “And now we know what the consumer actually wants as opposed to assuming they want next- or same-day shipping,” he said. “We might now be facing the perfect storm where consumers, businesses and lawmakers are on the same page. I would expect to see a lot of improvement in corporate America’s approach to green and sustainable efforts.”

In addition, the survey sought to understand how price tolerance varies across different demographics like age, income, educational level and geography. Interestingly, annual income was not an influential factor in consumers’ willingness to pay more for sustainable delivery. In fact, respondents who earn more than $100,000 a year were slightly less likely to accept higher prices for climate-friendly transport. “Just because consumers may have more disposable income,” he said, “they are not necessarily willing to part with it in the interests of sustainability.”

Similarly, age had only a minor impact on attitudes toward sustainability. In the survey, 18-25 year olds were only slightly less likely to pay more for climate-friendly transport compared to 26-35 year olds. More than half of respondents in all categories except ages 46-55 were willing to pay at least slightly more for sustainable delivery.

The survey was replicated based on a study conducted by BearingPoint, West Monroe’s global alliance partner. A comparison between the studies aimed to determine whether consumers in Europe, with its advanced transportation network and shorter distances to travel, would be more or less willing to wait longer or pay more for climate-friendly transport.

The study in Europe found that consumers are generally more aware of green delivery options. Of the 1,100 European respondents BearingPoint surveyed, nearly half were aware of climate-friendly shipping alternatives and one in five has already used them. Almost 60% were willing to pay more for green shipping and 76% were willing to wait up to three days longer for sustainable delivery.

“There was an assumption that the data would indicate Americans might be less supportive of waiting, but at the end of the day the results were not so different from the European study,” Leclerc said. “The other big finding was that American interest in green options was not linked to either education or income. In Europe there was a direct correlation between education and salary, with more educated being more willing to wait or pay a premium. Not in America.”

Another distinction between American and European consumers was the correlation between age and willingness to accept higher prices. In Europe the connection was very direct, Leclerc said, with younger respondents more likely to choose green, whereas in America it was all over the map.

E-commerce and logistics providers offering options such as flexible delivery windows and transportation modes will miss out on a major opportunity, he suggested, unless they put more effort into educating their customers. In addition, companies that don’t implement sustainable delivery practices could expose themselves to shareholder and customer risk later. Potential legislation that puts limits on a company’s carbon emissions and customer preferences for sustainable delivery may cause them to leave environmentally unfriendly vendors and purchase goods elsewhere. Leclerc said it is important that organizations demonstrate a commitment to reducing carbon emissions year over year in order to avoid customer disruption.

“Pioneering organizations have a tremendous opportunity to shape customer behavior by implementing delivery practices that default to sustainable options rather than speedy ones,” Leclerc said. “Customers will thank them for it.”