This is the time of year analysts and pundits make predictions for the following year. So here are my top five predictions. 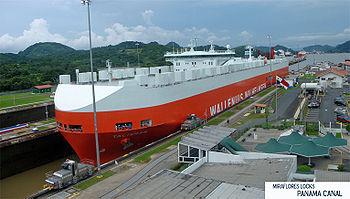 Growth of Natural Gas Fleets – Despite some of the real hurdles associated with running natural gas fleets, the growth of these fleets is inevitable. There is good ROI, if the routes are picked carefully, and at the same time a company is saving money they get credit for being socially responsible. Further, the price of this domestically generated fuel going forward will be much less volatile than oil and gas products that are sourced from some very unstable regions of the world.

More Robots in the Warehouse – Right now when you think about robots in the warehouse, you think about Kiva Systems – which supports a goods-to-man process flow. But as vision systems and robotic arm solutions technologies advance, we will inevitably see people taken out of the process entirely. My robotic analyst friends at ARC say these technologies are advancing very rapidly. Kiva style robots decrease the need for warehouse labor substantially. The new robots could lead to something that is starting to get close to a lights out warehouse.

The rise of Omni-channel courier companies – The logistics industry is inevitably shaped by global business trends. With the rise of omni-channel retailing, the rise of specialist logistics companies that focus on omni-channel retailers is inevitable. E-fulfillment warehousing specialists are already well established. Shutl, which was purchased by eBay, provides a technology platform that links retailers and local courier companies. But to enable quick home deliveries we need to start to do is forecasting which consumers will be ordering, what the volumes will be on given days, and where those consumers live. a higher volume of orders can be more accurately forecasted than intermittent low volumes. To achieve higher volumes, multiparty retailer/courier collaboration would be very helpful. If one courier was delivering orders for several retailers in a metropolitan area, route forecasts would be more accurate while the cost per delivery would go down.

Supply Chain Software gets far easier to use – Infor led the way with the inclusion of social media type functionality which allows private groups to quickly solve difficult ad-hoc problems that have arisen. I recently got to preview Oracle’s new user interface which allows for advances in usability based on advanced search of all transactional data resident in the ERP system. SAP, Oracle, and Infor have all worked to integrate real-time analytics into a real-time decision making process. Each of these supplier’s interfaces have distinct advantages. It is inevitable that what they have done will be copied by other supply chain software suppliers. In all cases, you really need to see these new interfaces to understand the magnitude of what is being accomplished.

Panama Canal Work Will Continue and Impacts Begin to be Felt this Year – Panama has spent over 5 billion US dollars to widen and dredge the Panama Canal to support a new class of supersized cargo ships – known as Post Panamax ships – that are more than twice as big as the historical cargo shipping fleet.  Despite recent disputes with key contractors who say they will stop construction unless they are paid $1.6 billion more for cost overruns, I believe the expanded Canal will open in 2015. There is just too much at stake on all sides for this not to be settled. Further, the impact of an expanded canal will be felt this year as shippers begin experimentally sending loads to, or shipping from, East Coast and Gulf ports. The shift will be supported by the resurgence of rail, and the hefty investments East Coast and Gulf state rail carriers have made in their infrastructure.