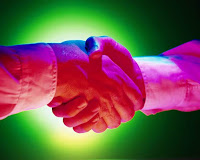 Car manufacturers Ford, Honda, Nissan and their consumers are all feeling the worrisome effects of the recent mass recall of defective Takata airbags, the largest auto recall in history. According to Consumer Report, about 33.8 million vehicles, made by 11 different automakers between the model year 2002 and 2008 are being recalled after reports of metal shards being sprayed throughout the passenger cabin when the airbags are deployed and ruptured during a crash. In disaster recovery mode, car manufacturers are trying tirelessly to source and install replacement airbags. Though Takata has increased manufacturing of replacements with the production assistance of alternative suppliers, many consumers will wait months, even years, before receiving new airbags.

What’s worse, The New York Times has published a report suggesting that Takata was aware of the airbag issues in 2004, and even conducted secret tests to verify the problem. The results revealed major issues with the inflators and rather than notifying federal safety regulators, Takata executives ordered its engineers to destroy any data or physical evidence in 2004- four years before going public about the defective inflators. While Takata first cited a mishandling of propellant chemicals for the defective airbags, Takata later revealed that rust, bad welds, and even chewing gum dropped into at least one inflator are at fault. In 2002, Takata’s Mexico plant allowed a defect rate “six to eight times above” the acceptable limit, meaning 60 to 80 defective parts for every 1M airbag inflators shipped.

The defective airbags are a supplier nightmare for both Takata and the nearly dozen car manufacturers who purchased the inflators. But this is also a lesson for strategic sourcing and procurement departments of companies everywhere looking to prevent such a catastrophe within their own supply base.  While the National Highway Traffic Safety Administration continues to investigate the details surrounding the defective airbags, the Takata recall does make one stop and really think about the relationship between companies and their suppliers. What is actually on the line if an issue like this were to occur at the supply base? How would the situation be remediated? What measures are in place to prevent this from happening?

Cost savings are typically the l driving force for why organizations engage in strategic sourcing initiatives. But following a sourcing initiative,an SRM program establishes a structure that works to mitigate risk and facilitate a long term strategic alignment between a buyer and a supplier. In a situation like Takata’s, the ability to manage risk outweighs the cost saving benefits of an SRM. For the 11 auto manufacturers Takata provided airbags for, the value of an SRM program is beyond dollar savings.  The recall impacts the lives of their consumers who are now at risk due to the fault parts and their credibility as trusted car manufacturers.

So, what should these car manufacturers do moving forward?

Get supplier performance management and governance mechanisms implemented. And Fast. A well-structured SRM program can help with this. An SRM program establishes governance mechanisms, including processes, principles, communications and other tools, SRM can work to validate contractual obligations and enact policies that not only address deficiencies but also reward high performance. With Takata, more well-developed governance policies for their quality control and reporting may have made the difference between the production of proper airbag inflators and countless defectives produced due to mishandlings during manufacturing.

Unfortunately for this situation, these are all reactive measures that now need to be taken. Proactivity is key for combatting risks and there are ways for companies to get ahead of supply disasters. Effectively building and managing the relationship can serve as a way to create a partnership of transparency and trust, paving the way to long-term strategic alignment between a buyer and supplier.