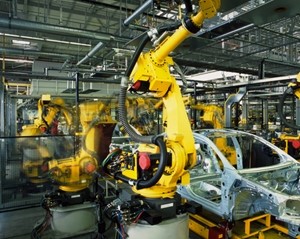 Conducting business with fair-minded suppliers is just as much a part of procurement as quality assurance.

When it comes to purchasing a wide variety of goods, those in the automotive industries rely on teams comprised of professionals with differing backgrounds. While one person may know what to look for in a spark plug manufacturer, another likely knows which enterprises produce the best pistons.

The reason for a diverse buying portfolio

As an single car is made up of thousands of separate components, one can imagine how complex sourcing can be for the average car company. In addition, it’s not as if these companies rely on one supplier to provide them with lug nuts, ignition coils or fuel level sensors.

For example, suppose an automotive enterprise purchased all of its camshafts from a single company. While this practice simplifies the material acquisition dramatically, what would happen if a fault were discovered with the camshafts after 2 million vehicles were shipped? The car producer would have to recall all 2 million automobiles. In contrast, if the business only bought 25 percent of its crankshafts from the original supplier, it would only have to request returns for 500,000 vehicles.

Ideally, it’s preferable for recalls not to occur at all. Yet, such situations are regular components of risk evaluation and assessment protocols. Worst-case scenarios always need to be taken into account. Ignoring the possibility that something might go wrong may cause unfavorable occurrences to become exacerbated.

One particular Japanese manufacturer hopes it can benefit from the same lessons. IndustryWeek noted that Toyota recently announced it will recall 1.75 million vehicles used by customers across the globe. Assessment professionals found brake glitches and other problems that could cause components to spontaneously combust.

In regard to the braking system, Toyota specialists recognized that one part wasn’t shaped properly, which could transform the pedal over time. Although Toyota maintained that the brakes would still function in the long run, “performance could begin to gradually degrade.”

Amid other concerns regarding fuel-suction plates and fuel delivery pipes, Toyota has submitted requests for returns of an estimated 11 million vehicles since the beginning of 2014. In March, the company paid the U.S. government $1.2 billion in settlements after allegedly misinforming regulators and consumers about accelerator mishaps. These defects caused cars to speed out of control and experience brake failures.

A major concern of purchasing management teams is whether or not suppliers are committing fraud, colluding with perceived competitors or engaging in other unfavorable activities. The automotive manufacturing economy is incredibly competitive, especially when it comes to providing parts to major enterprises. Some entities attempt to change this factor.

Business Day contributor Amanda Visser noted the South African government is investigating 80 vehicle parts production businesses suspected of conspiring to fix prices over the past 14 years. The nation’s Competition Commission noted the case commenced when one of the alleged perpetrators opted for leniency in exchange for information.

The primary goal is to deduce whether the cartel’s actions hindered the progression of South Africa’s automotive components manufacturing industry. Authorities conducting the examination will collaborate with officials investigating similar offenses in the U.S., Europe and Asia.

Again, it’s situations such as ones outlined above that encourage a need for thoroughness in strategic sourcing. The more professionals know about their partners, the better they’ll be able to align themselves with best practices.