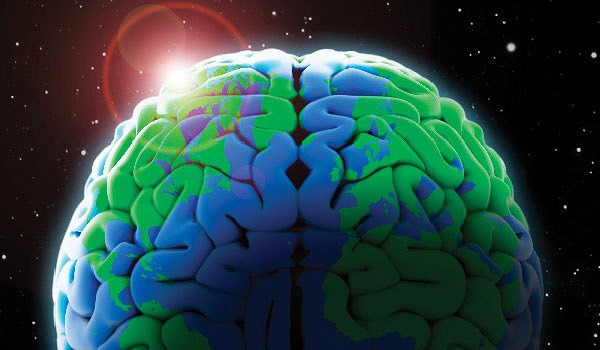 Shifting global dynamics and internal business process changes are compelling manufacturers and retailers to challenge the status quo and reinvent their supply chains.

Demand is a fickle thing. In today’s global, e-commerce-oriented economy, that one simple truth resonates. Against a backdrop of geopolitical provocations, social conflict, and oil price volatility, shifting demand patterns underscore a new era of uncertainty. For many U.S.-based manufacturers and retailers, it also signals the need for a brave new world of thinking.

“In the past five years, volatility has caused exponential changes in the supply chain management field. That’s the new norm, and it’s happening at a more rapid pace than ever before,” says Toby Brzoznowski, co-founder and executive vice president of Llamasoft, an Ann Arbor, Mich.-based supply chain design software provider.

On the demand side, there’s a continental shift in terms of consumption markets. Urges and surges are no longer isolated to the Western Hemisphere, Germany, and Japan. The middle class is expanding into far-flung corners of the world where manufacturing, raw material, and agriculture exports used to dominate trade.

Today, China and India alone (2.5 billion people) comprise more than one-third of the world’s 7.2 billion population. In the past, these numbers fed low-cost sourcing paradigms. By 2025, however, forecasts predict two-thirds of the world’s middle class will reside in Asia.

The demand-supply curve is arcing in new directions. It’s not just Asia. South American economies are transforming from commodity-rich export countries into more diversified, hyper-growth consumer markets. Africa is maturing as well, but at a slower pace. And don’t forget Europe’s growing attractiveness as the euro’s valuation approaches parity with the U.S. dollar.

As Asia’s low-cost labor edge erodes, and global energy prices fluctuate, U.S.-based companies face a great deal of indecision about where and how they source, manufacture, and sell products. Over the past decade, offshoring has exposed supply chains in countless ways, which only convolutes analysis.

“In addition, they have to evaluate how much working capital is tied up in their supply chain, which is a significant factor when dealing with long lead times between Asia supply and U.S. consumption,” he adds.

Demand is moving, but it’s also changing. In the B2C world, consumers are unpredictable, with growing license to switch between omni-channel retail formats, and even brands. SKU proliferation is rampant. “Consumers want product faster, from a single source, readily available, and in all kinds of varieties, shapes, and colors,” says Brzoznowski.

E-commerce has greatly facilitated this change in behavior, and it challenges both B2C and B2B value chains. Expectations for speed, service, economy, and availability are sweeping across mature and developing economies alike.

This uneasy convergence of external market influences and internal business changes begs a whole host of new questions. Companies are looking for answers.

Demand variability aside, commodity, energy, labor cost swings, and currency fluctuations have a way of unsettling the status quo. Consider the market forces that are skewing the world’s supply and demand curve, and China invariably tops the list.

Over the past decade, the country’s impact on global trade has been well-documented. The low-cost sourcing magnet ushered in a period of sustained production outsourcing and offshoring throughout the 2000s. Foreign exports fed China’s economic engine. But during the global recession in 2008, U.S. imports from Asia dropped off significantly. The eurozone followed in due time.

Then China’s economy performed a reverse pivot as it focused investment on private sector industries, infrastructure, and domestic consumption. This contributed to wage inflation and increased consumption.

Today, China is no longer as price competitive as it once was. Migrating production inland and southward raises total logistics costs. The global recession flipped China’s low-cost sourcing model on end, forcing U.S. companies to reconsider where they source product relative to demand.

It creates a difficult proposition: re-shore or nearshore manufacturing to take advantage of more competitive labor rates, cheaper energy costs, and proximity to market? Or maintain a presence in Asia to serve the burgeoning market?

Global e-commerce similarly complicates dynamics. Suddenly, smaller, nimbler players—from all over the world—have a stake in the game without having to invest in infrastructure or boots on the ground.

“Businesses don’t know how to re-engineer their supply chains. Producers are becoming consumers. Where do you pivot?” asks Bhadra. “Total landed cost analysis might suggest reshoring. But then you have to look at where you are selling. Do you keep manufacturing in Asia, maybe outside China?”

Much of the decision-making depends on how mature supply chains are, and where companies identify future demand. North America’s energy renaissance and Mexico’s attractive labor market have created additional incentive for U.S. companies to operate closer to home.

Simonsen points to evidence of manufacturing reshoring in the United States, especially in durable goods—but he’s cautious about labeling it as pervasive. It’s more likely a natural instinct coming out of depression rather than a full renaissance.

Nearshoring, on the other hand, is happening. “The growth in Mexico’s automotive sector is impressive,” says Simonsen. “Automakers quickly recognized the American consumer’s ever-improving appetite. Original equipment manufacturers and their extensive supplier base are expanding existing operations, and setting up new operations in Mexico to take advantage of its close proximity to the U.S. market.”

While cheaper energy may be contributing to this nearshoring reality, others argue it’s merely a short-term blip that has yet to profoundly influence supply chain location decision-making.

These global factors ultimately place more pressure on supply chains to mitigate variability while accommodating new growth opportunities. Building a flexible, responsive, and resilient supply chain is not without challenges—especially considering how industry has evolved.

Given the consumption shifts in today’s global market, manufacturers have to adapt—fast.

Matt Goodman, president of global trade management for customs brokerage firm Livingston International, identifies a diverging path between B2C and B2B supply chains. The idea of regionalizing production flows is changing in some industries. Where in the past, manufacturers looked to decentralize their supply chains to source and manufacture product closer to local demand, some are shifting to global platforms.

“Part of this is driven by cost, limiting the number of production sites,” says Goodman. “A secondary consideration is creating a deeper alignment with the supply base.

“Being able to integrate with suppliers is important,” he adds. “Pulling or pushing data between raw material suppliers or service providers creates new opportunities to automate or optimize processes, and squeeze out costs.”

“They’ll use a global supply base, but production facilities that are limited in number. Then they distribute back out to larger markets,” Goodman adds.

This presents some unique pressures. Manufacturers are moving raw materials and sub components across more international borders and longer distances. Transport and freight costs increase. On the flip side, they reap engineering and production-side economies and efficiencies, and they can align with fewer suppliers.

Bahdra has seen similar instances, but often it’s predicated by industry. Where local sensitivity to product differentiation and tastes are muted, a more centralized approach makes sense. As fuel prices moderate, and capacity in some modes, specifically ocean, remains fluid, freight costs may be less of a concern.

On the B2C side, however, demands are different. Consumer preference for choice drives customization. This requires localized infrastructure, or at least more dynamic supply chains that can differentiate product closer to demand.

Technology is another pervasive influence that has effectively flattened the world. While data processing, functional optimization, visibility, and communication are hallmarks of the logistics IT landscape, a cottage industry is building around analytics and supply chain design.

“Planning and execution systems help companies run supply chains as efficiently and economically as possible,” says Brzoznowski “But they don’t tell you whether your supply chain is the best, or whether you should do something different. This is where design is evolving into the third pillar of supply management.”

Networks today are so interconnected that any change in demand, or supply for that matter, creates ripple ramifications. These vagaries build a case for looking at the supply chain as a set of fluid circumstances that can be optimized and improved upon again and again—a methodology that fits neatly with big data analytics and Lean principles.

Supply chain design is a core business process that should reside alongside planning and execution functions, Brzoznowski notes. It’s not just about technology.

“It’s about organizing processes and strategies that make supply chain design a part of the decision-making landscape,” he says. “As a company introduces new products, it needs to model and design various inputs and outputs—the manufacturing footprint of low cost vs. local, or make vs. buy.”

Modeling and simulation provide global companies with a framework for continually analyzing their networks as dynamics change. Businesses can also use data analytics to divine similar truths.

Retailers, in particular, have become savvy at harnessing technology and point-of-sale data to better understand end-user demand. This drives more accurate forecasting, and helps rationalize inventory to demand. But companies can delve even deeper into analytics—in ways they may not even conceive. In the context of global trade, countless possibilities exist.

Take, for example, the proliferation of free trade agreements (FTAs). The United States currently has 14 FTAs in force with 20 countries, and just as many proposed pacts in the works. These considerations should push companies to look at where they locally source, the origin of that source material, how it flows into their production systems, and where they can gain financial leverage.

“We’re currently dealing with concepts such as total cost of customs management,” says Goodman. In effect, this approach takes total logistics cost analysis to another dimension.

“For example, where are all the points in the supply chain that generate a customs-related expense, be it a hold at the port, or taking advantage of a drawback or duty relief program?” he says. “There’s a lot of emphasis on dipping into that granular level. The only way you can do that is through access to accurate data.”

The degree to which companies can analyze data and model outcomes holds few bounds. Given the challenges of aligning growth strategies with emerging consumer markets and supply locations, companies will have to look to supply chain design as a core competency to remain competitive.

Some early supply chain adopters have become victims of their own success. China’s lengthy tenure as the low-cost sourcing destination of choice forced many to lean inventories and shorten lead times—measures that helped reduce costs in a lengthening supply chain. They became comfortable with the status quo. Now dynamics are changing. Global competition is heating up. Businesses have to adapt.

As we streamlined the supply chain and made it tighter, we lost some of our shock absorbers, says Bhadra.

Today’s world provides plenty of shocks—both internal and external. Understanding what and where they are is key to absorbing or circumventing them.