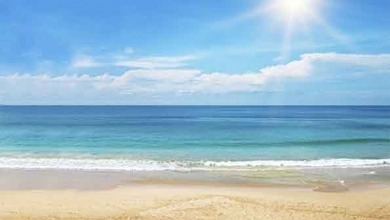 We’ve been hearing a lot lately about the return of industry from foreign shores to the U.S. a practice commonly known as reshoring and how these repatriated companies are driving a manufacturing renaissance in America. It’s an enticing idea that resonates both politically and socially, but is it as big a trend as its proponents and various surveys claim?

Research underway at the MIT Center for Transportation & Logistics confirms that over recent years many companies have indeed established new manufacturing capacity in the U.S. However, the initial findings suggest that this is far from the trend that has attracted so much interest, and could have more to do with broader supply chain changes than the rebirth of American manufacturing.

The Case for Reshoring

Modern reshoring practices took off a few decades ago when U.S. companies started building factories in other parts of the world to take advantage of lower costs. Fewer regulations and the growth of IT-enabled management infrastructures added to the momentum.

Many argue that the flight to low-cost countries is now being thrown into reverse by a number of changes, such as:

These changes offer some compelling reasons for bringing production back to the home country, and for the U.S. this is especially appealing at a time when Americans yearn for a return to the heyday of homegrown manufacturing when jobs were seemingly plentiful. Moreover, vested interests are eager to provide evidence of a national manufacturing base that is being rejuvenated by its believed newfound competitiveness.

Is the U.S. actually experiencing such a renaissance? Before exploring this question, let’s try to clarify exactly what we mean by reshoring.

Other terms such as nearshoring and backshoring are used to describe the concept. Charlie Fine, our colleague at MIT, uses the term “intelli-sourcing” to connote the complex dynamics that surround this manufacturing location decision. Using Fine’s description, firms are challenged to balance firm economics with business reputation in this complex decision. Such a deeper understanding of the strategy tends to go unrecognized, however, so we often fall back on the term reshoring (regrettably).

Ambiguities like these are indicative of the confusion that surrounds the concept. For simplicity in this article, we adhere to the term reshoring, while acknowledging that it is inadequate and somewhat misleading.

There is also some confusion over the definition of reshoring. Several academics have examined the topic with some useful clarifying distinctions, but the work is not easily understood. And again, there are some general ambiguities that need to be resolved. For example, does the concept apply when a U.S.-based company that locates its primary sources of production overseas decides to open a facility on home soil? Or is it only applicable when the enterprise terminates its offshore operation before relocating production capacity to the U.S.? In other words, is it necessary for the overseas facility to be shuttered before the strategy can be called reshoring?

For simplicity we describe reshoring as a manufacturing location decision that is a change in policy from a previous decision to locate manufacturing offshore from the firm’s home location. A definition that complements this description is: “moving manufacturing back to the country of its parent company,” coined by Lisa Ellram, a professor of supply chain at Miami University.

If this is our accepted definition of the concept, to what extent is it actually happening?

We scoured the literature in search of published reports on companies that have reshored, and our initial findings show that the generally-accepted belief that there is a major trend is flawed.

Over the last five to seven years just over 50 companies are reported as having reshored, including major employers such as GE, Apple, Whirlpool and Caterpillar. Many of these cases are actual movements; however, in the majority of cases the companies involvedplan to invest in U.S.-based production capacity; they have not actually made the move. The data indicate that there are relatively few published instances of reshoring. The number of companies that have actually executed a reshoring strategy is limited, and their activities could be part of strategic changes that take place over the course of a five-plus-year period.

Also, the published cases tend to lack certain key details. For example, there is seldom mention of whether the offshore operation has been closed, which means that the company could be adding domestic capacity while continuing to support offshore production.

We mapped the locations of new production facilities in the U.S. that are part of reshoring investment programs, and found that they are concentrated in a small number of areas and industries. Also, the reshoring strategies vary according to the industry. For example, consumer appliance manufacturers have reshored largely to serve U.S. markets, and have not necessarily closed plants in the Far East. Consumer electronics companies such as Apple and Google have invested in some domestic capacity, but their core businesses remain outside of the U.S. Also, this industry has the highest number of planned (rather than executed) moves. The most reshored industry is machine/plastics, and this seems to be concentrated in the U.S. Midwest. There are few examples of chemical companies that have reshored, and only one case in the apparel/fashion business.

Our research also raises questions about the argument that rising costs in countries such as China is fueling the reshoring bandwagon. We believe that is only one part of the equation. For example, rising energy costs have made transportation more expensive. But the impact of these costs differs greatly from industry to industry.

Our analysis suggests that there is no clear reshoring trend in the U.S. Companies do not appear to be abandoning overseas operations in droves; some are building new capacity in the U.S. and other countries to meet domestic demand. And the level of reshoring activity varies widely depending on the industry involved.

Thirty-plus-years ago when U.S. manufacturers started to relocate production capacity overseas, there were producer countries and consumer countries. This is no longer the case—today, countries tend to fall in both camps. China is expected to become the world’s largest economy later this year. Reaching this milestone underscores how the world order is changing, forcing companies to adjust their global distribution strategies in concert with this realignment.

What we are seeing are probably a few different manufacturing location decisions. These include diversifying production locations to reduce geographic concentration risk, locating manufacturing facilities closer to end markets to enable customized and rapid-response service, and capturing the cost advantages of serving markets locally. But they all relate to the manufacturing location decision for each firm, the calculus for which will continue to change with changing labor rates, trade policies, energy costs, material sources and costs, and transportation and logistics costs.

Our research continues, and we believe that more work is needed to understand the global shifts that are reshaping manufacturing networks, before we can jump to the conclusion that a manufacturing renaissance via the perceived reshoring revolution is underway.

Gaining such an understanding is important. If the reshoring revolution turns out to be a false dawn, it could distract us from the policies and investments that need to be put in place in order to make supply chains more competitive and effective, or even identify a different phenomenon that will affect supply chains in the future.