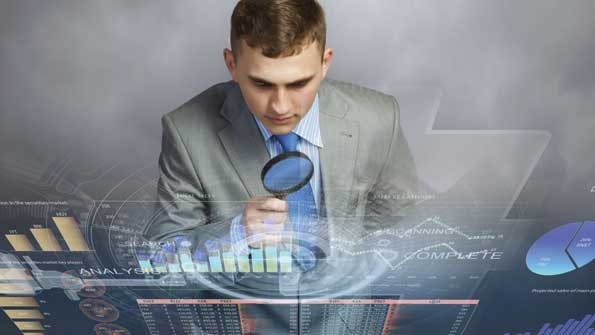 Not that long ago, supply chain visibility tended to be an internally-focused process, one that allowed manufacturers to know when exactly they could expect to receive inbound goods and materials from their suppliers so they could plan and adjust their production schedules. While that’s still an important capability for companies to have, the Age of the Consumer has shifted the focus of visibility initiatives in the direction of the customers.

“Predictive analytics are changing consumer buying behavior,” notes Bill Abernathy, head of North America product supply logistics excellence, Bayer CropScience, “and supply chain professionals need to be able to satisfy the increasing demands of consumers who expect products delivered exactly when promised.” Abernathy was one of a panel of supply chain experts speaking at ProMat 2015 in Chicago, in conjuction with the release of a new industry report compiled by MHI, a supply chain trade association, and global consulting firm Deloitte.

Customer demands for lower delivered costs and pricing are seen as the top challenge facing supply chains today, the report indicates. However, by applying advanced statistical analysis of structured and unstructured data sources (i.e., Big Data) to identify patterns and predict future events, manufacturers using predictive analytics gain the ability to make better decisions that anticipate what their customers are asking for now, and will be asking for in the future, according to a new industry report compiled

Admittedly, it’s been a hard-sell convincing manufacturers that they need to invest in yet another supply chain technology, since they’ve been down that road before over the past couple decades. Every time there’s an advance in computing speed and technology, it seems, there’s a corresponding promise that forecasting capabilities have caught up to the demands of the marketplace. And according to the MHI/Deloitte study, less than 25% of companies have adopted predictive analytics to date, though that number is expected to climb to 70% over the next three to five years.

One of the reasons why expectations are so high for predictive analytics is another technology trend seen to be key to advancing the state of supply chains: the cloud. “Analytics allows us to do something meaningful with data,” explains Renee Niemi, director of the Android and Chrome global business at Google for Work and a keynote speaker at ProMat 2015, “but it’s the cloud that now allows companies to outsource the collection and storage of that data so that companies can focus on making better decisions. The cloud makes it possible to move away from simply collecting data to gaining actionable insights from it.”

Deloitte, for instance, worked with an appliance manufacturer to develop a way to predict product failures before customers experienced them. The actual production was done by offshore contract manufacturers, making it even more difficult to ascertain what was causing all of the failures.

The manufacturer ran a predictive analysis of the entire production process and determined when a product was most likely to fail, based on such factors as production line, batch size, day and month when it was made, number of engineering changes, consumer usage patterns and demographics. Just in warranty costs alone, the manufacturer was able to identify $16-$28 million in the cost of quality reductions.