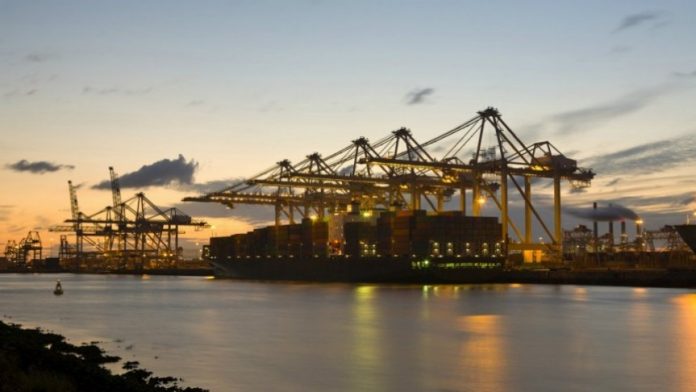 Over the last three quarters, the port of Rotterdam handled 0.3 percent more cargo than the same period last year.

Allard Castelein, Port of Rotterdam Authority CEO said: “With the exception of a few sectors, the port is doing pretty well. Particularly striking is the 4 percent increase in containers. After March, even as high as an average 6 percent.

This makes it even clearer that we badly need the new terminals on Maasvlakte 2 if we are to achieve further growth. The increase of no less than 31 percent in the handling of other mixed cargo is also noteworthy. However mineral oil products in particular, at -11 percent, are considerably down on last year.

Crude oil (+2 percent) is slightly up on the – low – 2013 level. Capacity utilisation at the European refineries is low because demand for some oil products is low and competition on the world market is tough.

Mineral oil products (-11 percent) and other liquid bulk (-9 percent), mainly feedstock’s for the chemical industry, are clearly lagging behind. Causes include the difficult situation of the chemical industry in Europe, lower (re-)exports of heavy fuel oil to the Far East, the limited economic growth in Europe and increasing competition with the coming into operation of new terminals in other ports. LNG throughput is still limited in scale, but has more than doubled (+137 percent).

This mainly concerns gas produced in Scandinavia that finds its way onto the world market via Rotterdam.

Within the dry bulk sector, less iron ore and scrap were handled (-5 percent) due to maintenance work on a large blast furnace in Germany and a fall in the transhipment volume. Coal throughput is up (+6 percent) because of a shift in incoming cokes coal for blast furnaces in Germany from other ports to Rotterdam, the start-up of new coal-fired power plants in Germany and the testing of the new power plants on the Maasvlakte.

The increase in coal for energy was modified by the generation of renewable energy in the summer months. Agribulk throughput increased sharply (+26 percent), due partly to the rise in imports of soya and exports of wheat. More other dry bulk was handled (+7 percent). This concerns, among other things, materials for the construction industry, raw materials for industry and biomass.

Container traffic increased (+4 percent), despite congestion on the Maasvlakte this summer, as a result of which a number of ships were diverted to Antwerp. During the first two months of the year, container throughput lagged behind.

Between March and the end of September, however, throughput was on average 6 percent higher than last year. The tentative economic recovery is the main reason for these positive figures.

Container traffic consists of the deep sea sector (to and from other continents, +6 percent), feeder traffic (the pre-transport and post-transport of deep sea containers, -2 percent) and short sea (departure point and destination within Europe, +4 percent).

There was a slight fall in the handling of cargo from the Far East in the third quarter, partly due to the diversion of ships to Antwerp, whilst cargo to and from North and South America increased. In 2013, Rotterdam lost feeder cargo destined for the Baltic to Hamburg.

This has now largely returned to Rotterdam, due to congestion in Hamburg, but also because shipping companies are switching cargo to Rotterdam in anticipation of the opening of terminals on Maasvlakte 2. The strong British economy is largely responsible for the growth in short sea traffic.

Roll-on/roll-off traffic was also up (+8 percent), thanks to the recovery of the British economy. Other mixed cargo, a sector into which the port puts a lot of effort because it yields relatively high added value, increased very strongly (+31 percent), partly because more steel passed through the port and more cargo for the offshore industry was handled.