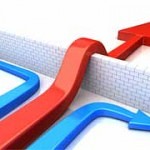 There is no question that “Lean” (and/or its variant “Lean-Six Sigma”) are true megatrends, with vast adoption not only in manufacturing but more recently in the broader supply chain (and beyond).

A 2011 study of manufacturers by Compdata, for example, found that 71.6% of the 1,100 companies surveyed had implemented Lean practices in their operations. The survey also found that 58.2% of the companies are using Six Sigma, and certainly a high percentage are using both. Most other surveys show similar high levels of adoption.

But how successful are those efforts? There, surprisingly, the data is mixed at best. One study a couple of years ago stated that only 2% or so of Lean initiatives advanced to the point where they can be clearly linked to financial improvements.

A recent article on the iSixSigma web site says “recent studies say that failure rates for Lean programs range between 50 percent and 95 percent.”

Of course, whatever those numbers are, they are dependent on how “success” or “failure” is defined, but it is hard to find anyone in the Lean expert community who believes Lean success rates are as high as they should be.Why have many companies not been able to achieve the benefits they had hoped for from Lean strategies, or in some cases abandoned the efforts altogether.Experts site a variety of factors:

Misunderstanding of Lean: Some companies have looked at Lean as merely a cost reduction hatchet, not a method for serving customers and removing waste. This can lead to a Lean “facade” that on the surface uses some of the tools of Lean, but does not really embrace its core philosophies. It can also lead to “cost shifting” tactics that simply move inventory or other operating costs to trading partners, which can reduce internal costs in the short term but do nothing for total supply chain costs in the longer term.

Lack of Broad Organizational Involvement: Lean initiatives are sometimes made the province of a small group of Lean specialists, with little support from top management, and little real understanding from shop floor personnel and other managers even as they are “trained” and encouraged by this small group. Lean develops no real roots in the corporate culture.

Conflicts with Other Initiatives: In some companies, other improvement methodologies, such as Six Sigma, Total Quality Management, etc., can create internal conflicts with Lean initiatives, and even lead to competing “camps” about which methodology should be used where.

Conflicts with ERP Implementations: While ERP providers increasingly strong support for Lean manufacturing techniques, many companies have also found it difficult to fine tune Lean programs with the simultaneous implementation of a major ERP system. There is just too much to do, and corporate IT managers implementing ERP may not well understand Lean concepts.

Demand Volatility: Many companies have also found their Lean strategies thwarted by the increasing volatile demand environment, and increasingly complex mix in product portfolio. Supply chain complexity has many costs, and one of them is making Lean techniques more difficult to adopt “cleanly.”

Disparate Manufacturing Environments: Lean has been challenged to work well in some complex manufacturing environments. Ditto in some cases with how to translate Lean principles into process or hybrid manufacturing industries. Most industries are also struggling with rapidly declining product lifecycles and the need for many new product introductions. The need to get fast cycle products to market can often trump the perceived need to operate on Lean principles.

Mediocre Consultants: We will just say it – a huge consulting industry has developed around Lean, and spawned a virtual army of boutique Lean consulting firms. Almost every company uses consultants of some kind at least early in their Lean journey, and many for longer periods after that. As with any profession, there are good and not so good Lean consultants, and no easy process for separating the two. Some know Lean theory well, but aren’t able to teach it nearly as well as they can do it themselves. Many Lean projects have stalled because consultants couldn’t move the project in the right way.

Lack of Staying Power: All these factors combine to make it challenging for some companies to get Lean right from the outset. Add to that the manufacturing cost pressures mentioned above, and if a Lean initiative actually sends costs going in the wrong direction at the start, companies frequently cancel the program rather than fixing what went wrong with a proven methodology.

There are many other barriers cited by Lean experts. For example, consultant Mike Lougherin of Transformance Advistors recently noted that there are usually obvious differences between Lean leaders and laggards across four areas: methodology, measurement, community and coaching.

He noted, for instance, that when it comes to methodology, laggards “find one or two techniques from the lean tool box that seem easy and they overuse these techniques in an attempt to cut costs in a chaotic manner. Not following the systematic approach built into each lean tool will often result in an unsatisfactory outcome.

The bottom line message is that strong Lean intentions and launching a program are clearly not guarantees of success. Being away of the key barrier to program outcomes, from top management on down, is one way to at least improve the chances of a successful initiative.