A wonderful infographic by Harbor Research and Postscapes (see below), describes the Internet of Things (IoT) as a digital nervous system for the world (i.e., “Location data using GPS sensors. Eyes and ears using cameras and microphones, along with sensory organs that can measure everything from temperature to pressure changes.”). Although the infographic is entitled “What exactly is the Internet of Things?” even a quick perusal will convince you that the Internet of Things is going to mean different things to different people. For example, for the home owner it will mean more convenience, better efficiency, and increased safety. For manufacturers it will mean smoother operations, better quality, and increased profits. For the health industry, it will mean better care, improved diagnoses, and decreased hospital readmissions. You get the point. The infographic does note that the IoT is made up of three components: sensors; connectivity; and people & processes.

Don Sheppard (@DonSheppard), an IT management consultant, agrees that the Internet of Things is going to mean different things to different people.[1] He makes that point in three different ways. First, he points out, “No one has really defined the ‘IoT business’ yet.” He explains:

“IoT … still means different things to different people (which is not uncommon in the IT business). For some, IoT represents a smart home door while for others it is a driverless car or a smartwatch. The vision is that everything will be interconnected and cooperating.”

Second, Sheppard writes, “IoT does not have a single target market.” He elaborates:

“The term Internet of Things (IoT) covers a wide range of devices, services and other components. Use cases exist in everything from wearables (health monitoring devices, personal digital assistants), to home and condo systems, or to electrical and industrial systems. There are (or will soon be) an enormous number of connected endpoints generating a vast volume of real-time data.”

This second point is also highlighted by the fact that large companies offering IoT services are pushing their own names for the network. GE, for example, prefers the term “Industrial Internet” because its main focus is on industry. Cisco, which has a broader network in mind, prefers the term “Internet of Everything” because its executives see the line between the IoT and World Wide Web blurring and eventually disappearing. Sheppard’s final point is that the “IoT has to be more than one thing – ecosystems are required.” He explains:

“The world of IoT is not just devices, networks and clouds. It is a complex set of ecosystems many of which will need to interact. For example, a connected TV in your home might link to the vendor’s cloud for software updates, fault monitoring, and value added features (e.g., technical support). The same TV may also access the content providers cloud for schedules, on-demand services, reviews and even games. Finally, your TV may also connect to a ‘home cloud’ to play videos, control environments (i.e., dimming lights), or deliver sound to an external audio system.”

To make these Internet of Things ecosystems work, Sheppard believes the IoT must have, at a minimum, the four following traits.

Sheppard is spot on. As President and CEO of a cognitive computing company, I’m particularly interested in his point that the Internet of Things has to be intelligent. Much of this intelligence is going to come via cognitive computing systems that will analyze the oceans of data that the Internet of Things will generate. From that analysis, actionable insights will be developed, automated decisions will be made, and symbiotic relationships between systems will be fostered. Sheppard concludes that the IoT must also be one other thing — cost effective. He writes:

“Someone has to pay for the cost of IoT – not only embedding devices in everything but also the cost of data transfer, the cost of cloud applications, and the cost of other software. For example, who wants devices in the home ‘calling home’ to the tech support cloud all the time? And how much times-series data will be transferred if there is little or no local pre-processing being performed? Needless to say, user comfort or convenience cannot be the sole justification for the roll-out of IoT.” 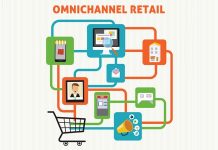 Transform Your Supply Chain For Omnichannel 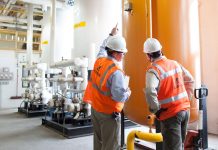 The Impact of Maintenance Operations On Supply Chain Management 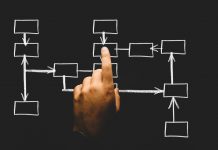 Is Your Supply Chain Strategy Inside-Out or Outside-In? 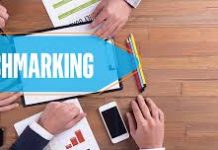 How Industry Benchmarks Can Boost Your Asset Recovery 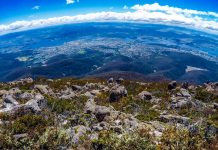 Supply Chain Visibility: We Should Be Striving for More 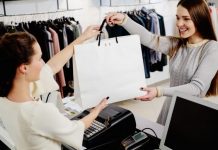 Last Mile: The New Frontier in the Retail Supply Chain