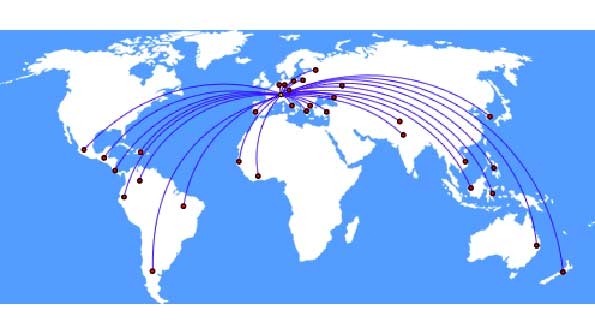 While large BRICS nations (Brazil, Russia, India, China and South Africa) have accounted for much of the logistic sector’s investment in emerging markets, Saudi Arabia climbed to No. 2. in the 2015 Agility Emerging Markets Logistics Index. It ranks behind China, which has 47 times the population and 12.5 times the economic output.

The Index ranks emerging markets based on their size, business conditions, infrastructure and other factors that make them attractive for investment by logistics companies, air cargo carriers, shipping lines, freight forwarders and distribution companies.

Next-tier economies Indonesia (No. 4 in the Index), Nigeria (27), Bangladesh (28) and Pakistan (25) – all with populations topping 100 million – climbed in the Index rankings. The other large non-BRICS market – Mexico — held steady at No. 9.

A year ago, there was talk of an emerging markets meltdown and of a new ‘fragile five’ based on concerns about weakness in South Africa, Brazil, India, Turkey and Indonesia,” said Essa Al-Saleh, CEO of Agility Global Integrated Logistics. “Emerging markets as a group turned out to be far more resilient – even vibrant – than expected despite continued sluggishness in the global economy.

For 2015, the International Monetary Fund forecasts average growth for the 45 countries featured in the Index at 4.57%.

“The factors driving growth are increases in population, size of the middle class, spending power and urbanization rates, along with steady progress in health, education and poverty reduction,” Al-Saleh said. “That’s why we remain optimistic about emerging markets and continue to see them on an upward trajectory.”