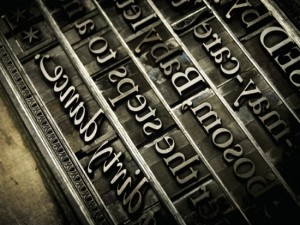 President Obama first issued an order directing federal agencies to incorporate sustainability into their procurement operations in 2009. He laid out a series of ambitious goals, calling for direct U.S. government greenhouse gas emissions to fall 28 percent below 2008 levels by 2020.

Indirect emissions, including those generated by federal contractors and suppliers, were targeted for a 13 percent reduction. The following year, a working group recommended that GHG emissions form a key part of the criteria used in procurement decisions.

The General Services Administration is leading the effort to incorporate environmental factors into the federal procurement process. The agency is taking multiple steps to promote sustainability, including adding language to contracts issued under the OASIS program, requiring contractors to disclose pertinent information through the Global Reporting Initiative framework.

Jed Ela, the sustainability coordinator at GSA’s Federal Acquisition Service, told reporters that these changes are being applied to both new contracts and recurring contracts as they come up for renewal. He added that the agency will continue searching for new ways to encourage corporate disclosure and and promote sustainable practices, focusing on using the data it collects to increase the sustainability of the largest contracts, where improvements would have the greatest potential impact.

Companies with multiple large contracts will reportedly be encouraged to work with transportation vendors that participate in the EPA’s SmartWay Transport Partnership, a voluntary program aimed at improving freight carrier’s environmental performance. However, it remains unclear what incentives are available to support this behavior.

Because the carbon footprint of GSA’s procurement is much larger than that of its own operations, Ela maintains that focusing on suppliers’ environmental performance is a smart way to yield significant results.

“We are encouraging our vendors to get more specific because the better they get at sustainability, the more they can save, not just by eliminating waste but by better management of their overall business,” Ela said. “It’s a policy that’s long overdue and has huge potential to benefit the environment, but also to promote economic growth for the American engineered, American manufactured and domestically fueled products we can source, and to promote sustainable business practices in the service providers we engage”

One specific step the GSA is taking is to award “green” designations to managed print and copier services providers that complete a satisfactory greenhouse gas emissions inventory. With annual printing expenses of nearly $2 billion, there is a significant opportunity for the government to encourage more sustainable practices in the industry while saving itself and taxpayers money. Corporations have similar opportunities, although generally on a smaller scale.

Beyond two-sided printing, using recycled paper and other conventional sustainability tactics, focusing on reducing ink use may be a way for any large organization to simultaneously boost its environmental performance and the bottom line.

In a research project that started with a school science fair, 14-year-old Suvir Mirchandani calculated that the federal government could save about $136 million per year simply by printing official documents in the Garamond font, which uses thinner strokes for each letter, relative to other common fonts. State governments could collectively save $234 million by taking the same action. Mirchandani’s findings were reviewed by academics and published in the the Journal for Emerging Investigators. 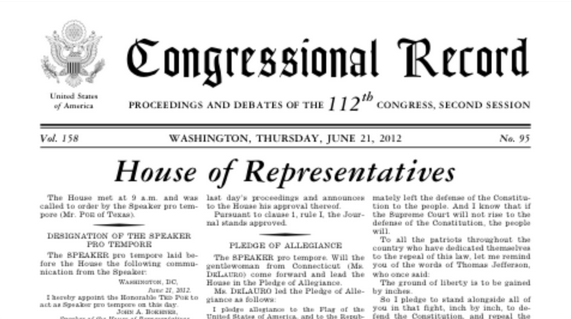 Citing Government Printing Office media and public relations manager Gary Somerset and GSA press secretary Dan Cruz, CNN reported that the federal government is focusing its sustainability efforts more on cutting down on the volume of printing altogether by shifting publishing onto the internet.

“In 1994, we were producing 20,000 copies a day of both the Federal Register and Congressional Record. Twenty years later, we produce roughly 2,500 print copies a day,” Somerset noted.

The GSA also encourages agencies to set Garamond, Times New Roman or Century Gothic as their default font through its “Printwise” initiative. Although the research suggests that the cost is lowest with Garamond, the government still expects to realize significant savings from its program.

It seems unlikely that the total savings from a font switch would actually add up to the hundreds of millions projected by Mirchandani, but his findings are still very thought provoking. It is clear that there are ample opportunities for companies to find creative solutions that simultaneously improve their financial and environmental performance. However, investors need access to a wide range of ESG data points to determine which companies are truly committed to sustainability, and which are merely attempting to capitalize on the green trend.

A previous article from IW Financial examined different perspectives on sustainability strategies, finding that while incremental improvements in environmental performance are beneficial, comprehensive strategies aimed at producing breakthrough innovation can have a greater impact on companies’ financial performance.