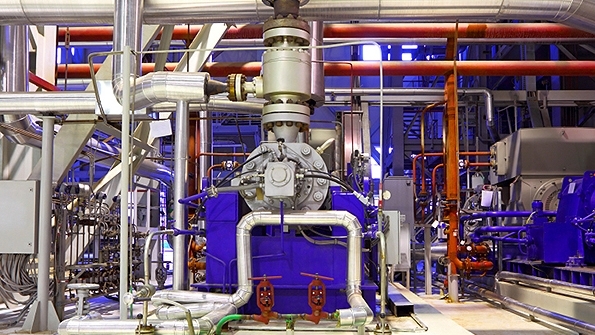 Many manufacturers claim they are paralyzed by thoughts of putting the Internet of Things to work for them because they can’t justify the business case to put the wheels in motion. To these manufacturers I say, “Don’t make it more complicated than it needs to be.”

In many cases, the business justification is staring you in the face. Those expensive machines sitting on the production floor? They’re loaded with data-generating sensors poised to turn mundane operational and maintenance data into strategic breakthroughs. First, though, somebody has to take the time to listen to what the machines are saying. Perhaps we need a “machine whisperer” to act as an interpreter.

Make a Sound Investment that Quickly Pays for Itself

According to research from Gartner, 40% of organizations believe the Internet of Things (IoT) will have a “significant” impact over the next three years. However, the study highlights that only a small number of companies has established clear leadership roles and put systems into production that can help uncover the value of the IoT. One of the simplest systems to implement is also a system that can quickly pay for itself and then some: predictive maintenance analytics.

The concept of predictive maintenance has been around for a long time, but manufacturers have only scratched the surface of its potential. Valuable sensor data often pours out of isolated programmable logic controllers (PLCs) and disparate systems. That sensor data streaming from one machine talking to another machine (M2M) is the heart of the IoT. And it’s M2M communication that brings predictive maintenance to life for transforming productivity and yield.

Oddly enough, most manufacturers still view maintenance operations as a necessary evil (also known as a cost center). In reality, maintenance is about reliability, a critical component for maximizing production yield. The U.S. Department of Energy, for example, notes that following a predictive maintenance program decreases unplanned downtime by 75% and increases overall production yield (in manufacturing settings) by 25%.

Predictive Analytics Give You a Crystal Ball

When a bottling machine goes down in a brewery right ahead of the Super Bowl, money is left on the table due to increased overtime and lost revenue. When a submersible pump on an offshore oil rig fails, the company won’t realize millions of dollars in revenue because of lost output. When a hospital’s expensive MRI machine goes down, they can’t efficiently screen and diagnose patients, which leads to lost revenue.

In concept, the IoT shouldn’t even be news. Manufacturers have decades of experience using machine sensors to ensure equipment operates as expected.

Traditionally, companies have relied on preventative maintenance tactics to inspect, fix or replace service parts in the hope of avoiding downtime. That’s okay for commodity parts that wear out, but it’s wasteful and costly for more complex components that are too expensive to keep spares in stock. Inspections alone don’t always reveal pending maintenance issues, and repairing complex components can be costly in terms of time and money.

What if the company could know when a machine is about to fail, understand the root cause of the failure, and schedule service without disrupting production schedules? This is exactly where predictive analytics can step in to make maintenance a strategic initiative rather than a cost center. By using historical data, maintenance and reliability experts can build analytical models that go beyond simple threshold rules and control charts to find the patterns and anomalies that indicate future problems.

This type of analysis allows manufacturers to be more nuanced — to gain a refined view of the sensor data and drivers that lead to degraded performance and unplanned downtime. Consider a medical testing equipment maker that uses predictive analytics to monitor equipment used by hospitals and clinics across the country. Predictive analytics allows the manufacturer to offer industry-leading service level agreements (SLAs) in contracts without jeopardizing margins. Likewise, a leading aircraft service organization is able to predict possible jet engine failures weeks in advance and perform service before a crash occurs. And, a contract manufacturer who discovered that the yield in one plant is 20 times higher than the yield in another due primarily to improved maintenance technician practices. None of this is possible with the data locked up in PLCs or presented in traditional operations spreadsheets.

In concept, the IoT shouldn’t even be news. Manufacturers have decades of experience using machine sensors to ensure equipment operates as expected. The IoT brings new opportunity to connect the dots with machine data and uncover new levels of operational excellence. There’s no need to fret over “how to get started” with the IoT. The answer is in right front of you if you stop looking at maintenance as a cost-center and consider it a strategic initiative to increase production yield and service margins.