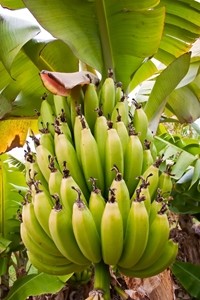 Many businesses utilize a procurement process geared toward fueling foreign trade relations. The fact of the matter is that the world is enveloped in a universal economy. Hundreds of years ago, Europeans traded with distant Asiatic societies to obtain goods that weren’t available domestically. In the contemporary market, transnational businesses communicate with one other to trade services for products, or vice versa.

Although every generation has encountered some sort of self-induced apprehension, global warming and an increasing population has caused many modern citizens to advocate for sustainable practices. In addition, consumers throughout the United States are more cognizant of the unequivocal distribution of wealth throughout the world, which instigated the implementation of the North American Fair Trade Agreement.

While governments have attempted to intervene, many enterprises have undertaken the responsibility of delivering products that were manufactured and transported with conservation in mind. To assure populations that they’re employing green practices, businesses are evaluating their global sourcing strategies and revisiting their finances.

EBN, an online magazine covering global distribution techniques, reported that advanced technology has assisted these corporations in scrutinizing their monetary flexibility and product liquidation strategy. Many executives are using procurement software to determine the lifespan of perishables and the cost of transporting them in specialized containers.

Because of the U.S. economic downturn of 2008, organizations participating in global commerce use similar software programs to assess their risk management insurance. In the event of a natural disaster overseas, shipment delays occur, putting businesses partnered with foreign companies at risk.

Relating back to consumer demands, many U.S. citizens desire food that isn’t native to the North American climate. As a result, many domestic retailers have built relationships with overseas produce companies in order to meet this demand. According to Fruit Net, representatives from Walmart and Tesco, a British supermarket chain, recently convened at the fifth International Banana Conference in Costa Rica.

Leo Cruz, commercial sourcing manager for Tesco, claimed that about 40 percent of Tesco’s banana volume originates from growers who produce exclusively for the company. As a result, the retailer has been able to reduce waste and promote farming efficiency.

In contrast, Patrick Haines of Walmart was criticized by delegates as employing unfair business practices. Apparently, the organization pays growers a mere 2 percent of the sales price compared to its own 40 percent share.

The desire to meet consumer demands is moving past basic product needs. Now, especially in the U.S., constituents are favoring retailers and other organizations that treat vendors as equals.

How Can Data Improve Supplier Decisions

Information-Based Negotiations in The Digital Age

Hurt, help or hero? How to define and get more out of your most important suppliers