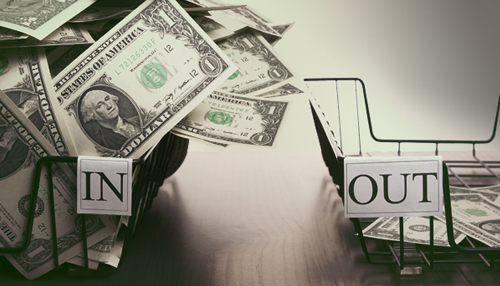 Extending payment terms to 120 days or more frees up working capital for big companies, but it can also increase the financial stress on suppliers and ultimately lead to increased product costs. The tactic has attracted much criticism, but research underway at the Zaragoza Logistics Center (ZLC), Zaragoza, Spain, shows that delaying payments to creditors can actually be beneficial for both buyers and suppliers.

The number of large enterprises that have imposed more generous payment terms on suppliers has increased markedly over recent years. A recent article in the New York Times notes that European spirits company Diageo pays its bills in 90 days, and Modelez, Mars, and Kellogg, take 120 days to pay suppliers’ invoices. “The list of companies doing the same reads like a grocery store version of Who’s Who,” said the New York Times.

By paying suppliers much later than previously, big companies can unlock cash in their supply chains. In 2013 Procter & Gamble introduced a 75-day payment period for suppliers, and added an estimated $1 billion to the company’s cash flow, reported the New York Times.

But for many suppliers the tactic is a bitter pill to swallow, especially small and medium-sized enterprises (SMEs). These companies are particularly vulnerable to market volatility, and are often unable to find cheap external financing owing to the continued fallout from the 2008 global financial crisis.

It seems that SMEs have little choice but to make the best of an unfavorable situation – but there are better alternatives.

In 2010 Unilever extended its payment terms from 30 days to 90 days. Even though industry was still reeling from the aftermath of the 2008 meltdown, Unilever achieved an increase in total turnover of 25 percent, as well as 50 percent and 60 percent increases in operating profit and investments in fixed assets within a three-year time frame. Moreover, while there were rumblings of discontent when the change was announced, supplier protests were relatively muted.

The reason is that Unilever invested the funds freed up by its extended payment program in its supply chain. The efficiencies captured by Unilever were passed on to suppliers in the form of higher order volumes – in effect, a win-win.

The availability of supply chain finance instruments such as reverse factoring (RF) also made it possible for Unilever to extend payment terms without punishing suppliers.

RF is a vehicle for giving suppliers – especially SMEs – access to affordable financing. In a typical arrangement, a large company (the buyer) commits to paying invoices promptly to the factor (a bank) and the factor agrees to pay the supplier earlier than the due dates on its invoices to the buyer. The bank profits by charging fees for the service, the buyer benefits from the extended payment terms, and the supplier is able to get paid earlier and improve its cash flow position.

Most academic RF models show that when buyers associate their RF programs with terms extension, the value for their supply chain is lower than that achieved without the extension strategy. However, recent ZLC research shows that when the cost of raising funds – in the form of debt or equity – is high for buyers, extending payment terms can be economically efficient as long as the freed up cash is productively used, i.e., in plant and equipment investment.

There are many creative versions of RF financing. ZLC research shows that for SMEs the instrument improves operational performance, mitigates the impact of market volatility on cash flow, and offers the potential to unlock more than 10% of an enterprise’s working capital. The RF route also has some significant downsides. It is effective when the credit spread is large; when this is not the case suppliers are advised to look for other sources of financing. And, of course, RF services come at a cost for both the buyer and the supplier.

Therefore, when evaluating RF options suppliers should keep in mind that the direct benefits gained from improved service levels and profitability are not the only factors they need to consider. They should also assess how the capital freed up by these programs can be put to work in other ways.

The emergence of new variations on the RF theme, including open platforms that provide a wider choice of competing sources of finance, could change these tradeoffs. In addition, new fintech models such as blockchain have the potential to disrupt the RF market. The next phase of the ZLC research will look at these developments.

There is a growing need for insights into better ways to manage working capital. The recently released annual working capital survey by REL, a division of US consultants The Hackett Group, concludes: “Overall working capital performance continued to degrade, reaching poorest performance levels since the 2008 financial crisis.”  The survey looks at the performance of 1,000 of the largest public companies in the US during 2015.

How Can Data Improve Supplier Decisions

Information-Based Negotiations in The Digital Age

Hurt, help or hero? How to define and get more out of your most important suppliers