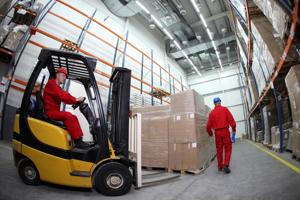 The movement toward economic globalization that first became clear and widely discussed in the 1990s hasn’t slowed its pace since that time. Especially as online tools have become more prevalent, economies separated by great distances and international borders have become more seamlessly interconnected than ever before. Digital media channels have made retail and consumer product market trends universal rather than limited to niche interest groups and demographics, and this means that companies are finding their products are relevant in a much broader set of markets.

This development has also had considerable impact on procurement processes. Just as customer bases have become increasingly international, so too have supplier relationships. For manufacturers, having a broad, global network of suppliers from which to source parts is a key business cost reduction strategy, as this means that a greater number of potential suppliers have to compete for the same business. But in order for a global sourcing strategy to drive down costs, firms need to exercise keen supervision of their distribution chains.

Value in more places than one
The common conception is that China is now the center for much of the offshore manufacturing activity undertaken by companies in the United States and Western Europe. However, the real global production picture is much more complex than that. According to Supply Chain Digest, new World Bank statistics revealed that economic value added by manufacturing is on the rise in a number of countries.

The problem of visibility
With supplier networks poised only to become more global in the coming years, companies will need to be proactive in obtaining visibility. But in a post for Spend Matters, procurement expert Jason Busch pointed out that this effort is often more complex than firms assume. Auditing services, he noted, have helped many enterprises gain ground in this endeavor, but this is only the beginning.

“There’s nothing quick about a recipe for success with supplier management,” wrote Busch.

It’s critical to set clear responsibilities at the management level, he noted. Furthermore, companies will need to use the right technologies and clearly evaluate their potential risks.