The large-scale assembly of the next iPhone will commence soon (if not already underway) along with fresh supply chain developments coming off Asia that points to milestones involving Apple’s key manufacturing partners.

Apple, just the same as any other smartphone company, is only as good as its supply chain. If Cupertino is unable to produce high quality devices, shipping them on time, every time, it will face a huge slowdown. Not to mention the fact that consumers will become angry. Fortunately, Apple is known as the supply chain king for a reason.

The company has never struggled to get the right companies in the pipeline, ensuring that it stays on track, no matter what devices it has in the works. Apple has awarded half of its next generation 4.7 inch iPhone orders to Pegatron Technology. 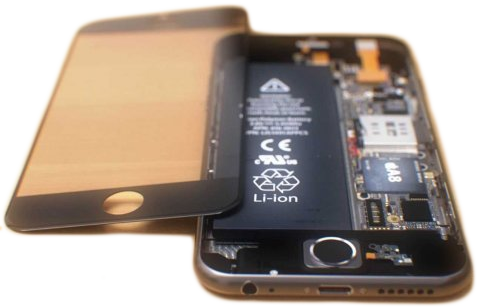 Taiwan-based Pegatron, which is one of Apple’s biggest suppliers in Asia, will reportedly produce 50% of the 50 million 4.7-inch iPhone 6 units said to ship this fall, according to China-based DigiTimes (via MacRumors’ Richard Padilla).

Foxconn, the largest private employer in all of China, will reportedly handle the rest of the iPhone 6 orders.

Foxconn has hired 100,000 new workers as the supplier ramps up in preparation for the next iPhone launch, and its “Foxbots,” which will help the company assemble devices and cope with the rising cost of labor, are in their “final testing phase.”

Though Apple and Foxconn have a storied history, the iPhone maker has been working with Pegatron more and more these days. It tapped the Taiwanese supply chain to manage the assembly for last year’s iPhone 5C and iPad mini with Retina display.

That said, Pegatron received a lot of attention in the last 12 months for all the wrong reasons: New York-based China Labor Watch accused Pegatron of “at least 86 labor rights violations, including 36 legal violations and 50 ethical violations,” and the company was investigated again when an underage worker was found dead from pneumonia-related causes.

Apple responded to the labor allegations against Pegatron last July, restating the company’s commitment “to providing safe and fair working conditions throughout our supply chain.” Though Pegatron will handle about half the orders for the 4.7-inch iPhone 6, it’s unclear which supplier is responsible for producing and assembling the 5.5-inch model, which has been rumored for months despite no legitimate leaks — a rarity for any Apple device so close to its reported launch.

As for the 4.7-inch iPhone 6, which is reportedly in its “final testing stages” before mass production begins, the phone is expected to feature a thinner and rounder form factor, offer a bigger (and hopefully beefier) battery, and offer 802.11ac WiFi connectivity. It’s also said to be run by a new Apple-built A8 processor and ship with iOS 8 built-in.

Cupertino’s suppliers have begun shipping parts for the next generation devices, and Pegatron is set to be one of the biggest recipients. It is estimated that the supply chain company has landed roughly half of the orders for the smaller model, which should tip the scales at approximately 25 million devices by the end of the year.

With the next generation smartphones set to launch within a month, we won’t have to wait much longer for more detailed information on the supply chain, including which companies are doing most of the heavy lifting.

It was previously believed that Foxconn Electronics would be the primary provider for the new smartphones, taking on all of the orders for the 5.5 inch model and 70 percent for the smaller version. However, it is believed that this has changed, and Apple will be splitting 4.7 inch orders between Pegatron and Foxconn.

Helping More Than Itself

With two new iPhones coming to market soon enough, Apple is making a move that is sure to help the company reach new heights. At the same time, it is doing the same for companies in its supply chain, including Pegatron and Foxconn. A relationship with Apple is just about as good as it gets, as the orders are typically strong, especially when a new device is scheduled.

Digtimes noted that Pegatron will achieve great growth during the fourth quarter, thanks in large part to its relationship with Apple. Cupertino’s orders account for as much as 40 percent of the company’s business.

There is nothing more important to a smartphone maker than a strong supply chain. Tim Cook has made this priority over the years, and there is no reason to believe this will change. The Apple iPhone 6 is coming, with the company’s supply chain working hard to stay on track.

According to supply chain sources, LG Display will be the largest supplier of display panels for Apple’s upcoming iPhone 6 handset. As relayed by G 4 Games, the Korean company allegedly beat out rivals Samsung, Sharp, and Japan Display to earn the top supplier spot.

A March report had claimed Apple was working with LG, Japan Display, and Sharp on the panels, but a May follow-up indicated Sharp had been dropped over quality issues as Apple turned to Taiwanese company Innolux to fill out its display supplier group.

The original Feng.com report does not provide details on the number of panels being produced by LG and the other display manufacturers, but analysts predict Apple is preparing to manufacture up to 80 million iPhone 6 units by the end of the year.

While the next-generation iPhone is expected to ship in both 4.7-inch and 5.5-inch versions, it is unclear whether the rumored sapphire crystal display will make its way into all iPhone models. A recent report from the Wall Street Journal suggested supply constraints may limit sapphire to more expensive, higher-end models.

These details and more likely will be revealed during Apple’s expected September iPhone event. Apple is rumored to be unveiling its iPhone 6, with the 4.7-inch version going on sale shortly after the announcement. The larger 5.5-inch model could launch alongside the smaller model or up to several months later.