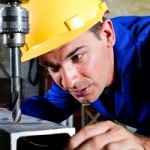 Nearshore manufacturing is one of the latest trends in the production industry, especially for companies that are looking to enhance their cost savings and cut expenses on logistical strategies. While many other countries offer businesses the opportunity to take advantage of low labor costs, bringing production to the U.S. can be extremely beneficial.

In recent years, the cost of manufacturing has gone down in parts of the U.S., due to the lessening power of unions in various states. Bringing manufacturing facilities to the States does require some serious consideration, especially for corporations that do take cost reduction seriously and want to relocate to a state with less union presence. Not all operate in the same manner when it comes to labor laws, and union representation can play a large role in the decision of a company to move its facilities to a certain area.

According to The Washington Post, U.S. producers have increased their workforces by about 500,000 workers since the end of 2009. However, union jobs continue to decline and most of these new positions are filled by workers who are not represented by unions. These nonunion employees are often paid less than their union-represented counterparts, lowering the cost of labor in the country.

Even manufacturers that already have domestic operations may find they can lower production expenses by moving their operations to states with right-to-work laws. States like Indiana and Michigan recently passed such legislation in an effort to lure manufacturers to their states and benefit from the new business.

As domestic production costs start to become more affordable, overseas manufacturing is slowly becoming more expensive. Rising worker wages in previously underdeveloped countries are taking more out of corporate budgets, and increasing worker strikes and protests are leading workers to earn higher pay. This, combined with the cost of shipping goods overseas for consumers in the U.S., can make it just as cost effective for a company to nearshore its manufacturing facilities.

Aside from concerns about labor wages, manufacturers are also considering bringing production to the U.S. to benefit from the lowering raw material prices. Increased U.S. drilling has made it cheaper for corporations to procure domestic natural gas and oil used in manufacturing, creating yet another benefit for companies looking to both reduce expenses and move operations to the country.