The rise of e-commerce, more frequent promotions, and competitive service-level agreements are creating more peak periods than ever in the DC. Here’s a look at five strategies companies are using to handle peak demand. By Bob Trebilcock | Supply Chain 247

Peak demand ain’t what it used to be. At least that’s what some retailers and distributors are saying.

Take United Stationers, for example, a wholesale distributor and e-fulfillment provider of business products and industrial supplies that operates more than 60 warehouses.

“In the past, we had seasonal peaks, like back to school or the start of the year when businesses have new budgets,” says Bill Stark, vice president of engineering at United Stationers. “You’d see a 25% bump for a few days or weeks, and then it would taper down to average.”

Those seasonal peaks were predictable thanks to historical data from previous seasons. The same held true for how orders rolled through the facility during a typical day. “It used to be that orders flowed in during the first shift, we picked them on the second shift, and we shipped them on the third shift for next-day delivery,” Stark says.

But, little is predictable about business today. “People go on the Internet when they get home from work,” says Stark. “In the morning, we have a slew of orders that came in overnight. Meanwhile, I’m likely to get a bunch of orders between 3 p.m. and 6 p.m. that have to get picked to meet the UPS cut-off time.”

Since United Stationers promises same-day and next-day delivery, Stark is often managing the flow of orders by half-hour windows to hit the all important cut-off times set by the carriers. “They’re going to pull the truck out at 7 p.m. whether something is on it or not,” he says.

United Stationers’ experience is far from unique. Retailers, e-tailers and distributors alike are struggling with peaks in their operations. Like with United Stationers, some are challenged by same-day shipping and next-day delivery. Some are dealing with the slew of promotions common to e-commerce marketing strategies. Still other retailers are now dealing with non-traditional holiday peaks. “We have customers who deal with peaks at Halloween and Cinco de Mayo,” says Mike Khodl, vice president of solution development for Dematic. A retailer selling camping and hiking gear may get hit around Memorial Day, the start of the camping season. “I just ordered three kayaks online,” Khodl says. “Once, I would have picked those up in the store. Now, they have to be packed in a warehouse for home delivery.”

Fanatics, the distributor of licensed sports apparel and accessories Modern Materials Handling magazine profiled last January, is an example of an e-tailer with unconventional peaks around important sporting events like the Final Four and the start of NASCAR. At those times, average to peak demand can increase by a factor of 10—from 50,000 to more than 500,000 orders per day.

While automation may be part of the solution, managing peak is more often a combination of clever staffing and flexible processes enabled by technology. These solutions allow a user to flex up or down very quickly. Fanatics, for instance, forgoes reserve storage: Instead, all incoming inventory is placed into totes and stored at a pick face.

Meanwhile, United Stationers relies on voice-enabled picking and a conveyor system. “The voice system monitors the performance of our associates, which allows us to easily move multiple people into a zone as needed, while the conveyor routes an order to all the zones required,” explains Stark. “I have to have that flexibility.”

HERE’S A LOOK AT SOME OF THE DIFFERENT WAYS PEAK PRESENTS ITSELF IN FACILITIES TODAY AND FIVE STRATEGIES TO COPE WITH THIS CHALLENGE:

1. Think About Your Picking Strategies
Different peak cycles create different demands on the distribution center, according toLuther Webb, director of operations and solutions consulting for Intelligrated.

Seasonal demand, like back to school, drives an increase in multi-line orders—a parent may order notebooks, paper, pencils and erasers for their child. Promotion-driven spikes, on the other hand, are likely to drive an increase in single-line orders for the product being promoted.

In the multi-channel facilities being designed today, the system has to be flexible enough to manage both situations.

That way it’s efficient and fast to pick and pack the jump in single-line orders.

To accommodate multi-line orders, including a multi-line order that may include a promotional item and another product, the DC can determine whether it’s more cost-effective to consolidate both items into one package or to simply ship two separate packages.

“Facilities have a cost model that calculates how much it costs to ship and everyone knows their average cost per piece,” Webb says.

“Or, it could just be that you absorb the cost because you don’t have the time or capacity to do a consolidation and still meet the service-level promise.”

2. Design Below Peak
When you design a new church, the saying goes, you build the sanctuary for Easter Sunday, even if many pews are empty the rest of the year. That’s designing for peak.

Each of those channels has its own rhythm and peaks. “The wholesale side of the business has an end of the month peak and is quiet for the other three weeks,” Williams says. “Retail has multiple peaks, including seasonal and promotional peaks, while e-commerce can have peaks within a shift. The challenge was to find the sweet spot across those three channels.”

In the new facility, the retailer maintains separate stock for the wholesale/retail channels and the direct-to-consumer channel. It also has subsystems optimized for the different channels. Each picks for e-commerce are sorted to packing stations by a unit sorter. Full cartons may be sent to a put wall system or they may bypass sortation all together and go straight to a pallet-build area to create orders for stores. Mixed carton orders for wholesale customers and stores are filled in a “rebin” area, where a put-to-light system directs the carton-building process. The retailer’s warehouse management system (WMS) has the ability to create waves within order waves to handle priority or rush orders during peak times.

“The most important thing is to understand how all of these different peaks may overlap within the system, and which subsystems, like packing, are shared by all three channels,” says Williams. “You have to have a lot of flexibility to push the flows through the different subsystems.”

6 Ideas to Shorten Distribution Center Peak Response Times
One experienced operator says it’s time for some out of the box thinking inside the DC. 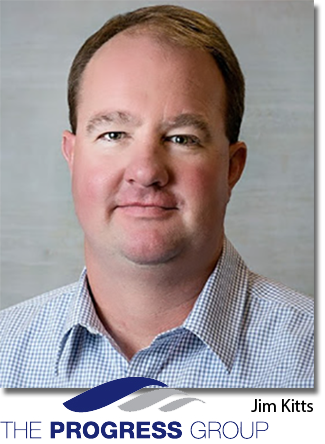 Partnering with your neighbor to share labor may seem unorthodox, but it’s just one of several ideas The Progress Group’s Jim Kittssuggests retailers consider to handle peak demand.

“The challenge for those of us in the DC is to get product out the door,” says Kitts.

These are out of the box ideas, but it may be time to get HR and corporate training to understand that handling peak demand is a challenge for the distribution center and we may need to change the rules.”

3. Be Flexible and Scalable
Designing for peak is a combination of flexibility and scalability, says Dematic’s Khodl. “From a strategy standpoint, we have to build flexible designs that can meet today’s operational needs,” Khodl says. “They also have to be scalable to accommodate future growth.” 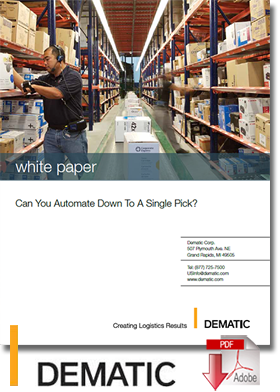 Khodl advocates a highly automated picking engine to handle everyday demand, such as a cross-belt sorter or goods-to-person picking solution, enhanced by a semi-automated or manual solution to handle peak demand.

Those may include a light-directed mobile put wall or voice-enabled picking. “We’re not bolting a lot of automation to the floor for peak,” Khodl says. “Instead, we’re relying on software to manage inventory, orders and enable picking.”

One solution is to use a conveyor to deliver totes to a fixed put wall for average demand. On a peak day, or during peak hours during a shift, a facility might roll two mobile put walls onto the floor near the pack station.

These are essentially carts on wheels. Totes can be delivered by conveyor or manually to the temporary workstations to fill orders.

If business increases, the facility can scale up by simply adding more mobile put walls.

Khodl adds that peak demand impacts all of the functional areas of the warehouse, from receiving to shipping. “You may have to devise new strategies to receive during peak or deal with the out flow to meet order cutoff times for parcel carriers,” Khodl says. “You may have to store more at the case level than the pallet level to react to the demand for piece picking. A conventional very narrow aisle pallet pick system is just too slow for daily demand peak.”

For instance, Khodl says Dematic is developing a shuttle system to automatically replenish case flow storage systems in a conventional pick-and-pass zone picking module. “It’s more cost effective than using a mini-load for replenishment, and I can remove labor and increase accuracy in replenishment, which is an area where a number of errors are introduced,” Khodl says.

4. Use Automation Wisely
Many facilities add extra employees or extra shifts to handle peaks. That, however, isn’t always practical, says Kevin Conner, director of system sales for Chicago-based World Source. “We see companies automating those areas where it’s too crowded to add more bodies or that become bottlenecks,” says Conner.

The addition of automatic taping lines in packing, for instance, limits the amount of labor required to get orders out the door and clears up a bottleneck in processing.

Conner looks for simple ways to process peak orders in an off-line manner. One example is to create a blitz line—a special area to process an Internet special or promotion. “That can be as simple as creating a special area with a temporary case flow line or even just full pallets on the ground of the fast-moving SKU,” says Conner. “You can pick the orders to a gravity conveyor and manually push them down to a packing station or load the orders on a pallet that is moved to packing.”

A second strategy is to create an active storage area in reserve storage for the fastest-moving items or items brought in for a seasonal promotion.

Those items can be picked to a cart or an order picker and then inducted onto a conveyor or delivered directly to the packing area. “There are always efficient ways to do manual processing,” Conner says.

5. Realize It’s All About Staffing
Today, Jim Kitts is a director with The Progress Group, a design and consulting firm. In a previous life, he experienced peak demand as an operator at two nationally known retailers. He viewed peak first and foremost as a staffing issue.

He worked with HR to develop flexible work rules to address these peak periods with the workforce.

Another approach was to cross-train full-time associates across all departments, especially those jobs that require training on equipment such as lift trucks and stock pickers. “Temps can muddle through picking and packing,” says Kitts. “But you can’t put temps in receiving, stocking picking and case replenishment because they won’t be able to run the equipment.” Kitts adds that during peak season he over-staffed areas most likely to be a bottleneck just to make sure he was covered (see “6 Ideas to Shorten Distribution Center Peak Response Times” above for more staffing ideas).

Finally, he looked for opportunities to simplify processes wherever possible. In the packing department, for instance, he created a picture board that illustrated how to pack specific products. Temporary pickers were given instruction cards for handling specific situations.

“We had a card that explained what to do if a picking location was empty,” Kitts says. “You want the process so simple that a child could accomplish it. That allows you to support people who are working today and may not be there tomorrow.”