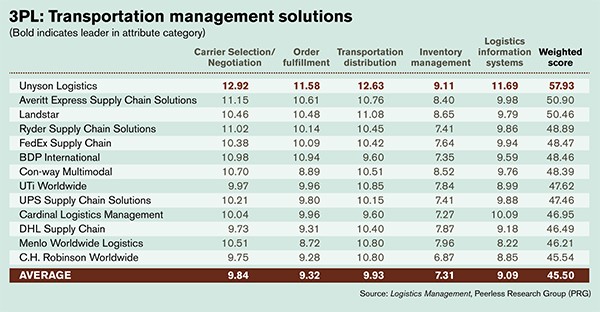 According to Evan Armstrong, president of 3PL consulting firm Armstrong and Associates, U.S. 3PL gross revenue in 2013 saw annual gains, up 3.2 percent over 2012 at $146.4 billion. He says that while global trade and economic activity serve as the “ultimate drivers” of market growth, the maturity of competitive service offerings and the size of major players are contributing to slower growth rates.

In the past, Armstrong says that the 3PL sector has grown about three times as fast as GDP. However, the market is now at a point where it is “getting big enough” and will likely grow at a rate less than three times GDP unless there’s significant economic activity to the upside.

Also key to growth, he says, is the ability of 3PLs to extend their services beyond the basics, providing opportunities to increase their value and resolve additional challenges. According to LM readers, these 26 providers have done just that.