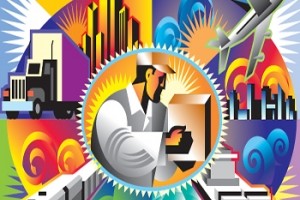 Over the past 25 years, the third-party logistics (3PL) industry has evolved from an emerging industry to a global best practice, setting the stage for the next 25 years of dynamic change.

It’s hard to imagine today, but in the late 1980s, third-party logistics (3PL) was relatively new.

Today, of course, logistics outsourcing has become an important option for logistics managers in many manufacturing, retail, wholesale, and service settings.

The functions performed by 3PL service providers can encompass the entire logistics/supply chain process, or, more commonly, selected activities within that process.

Back then, few businesses were outsourcing their logistics processes to third parties. Nor were many professionals researching or writing about this emerging field. A few articles discussing the concept had appeared in academic and professional publications, but relatively little academic attention had been devoted to the concept at that point.

At that time, I was intrigued by the concept of logistics outsourcing. It was unclear to me how widespread the practice had become, but I believed that if it achieved any significant scale it might fundamentally change the logistics landscape. I also believed that the field was ripe for academic research.

In 1990, I submitted a proposal to United Parcel Service Foundation seeking support for a survey of the vice presidents or directors of logistics of the Fortune 500 manufacturers to determine the extent to which they were outsourcing logistics services – and if they were, how it had affected their operations.

Integrated Solutions offer improved opportunities for the extraction of value 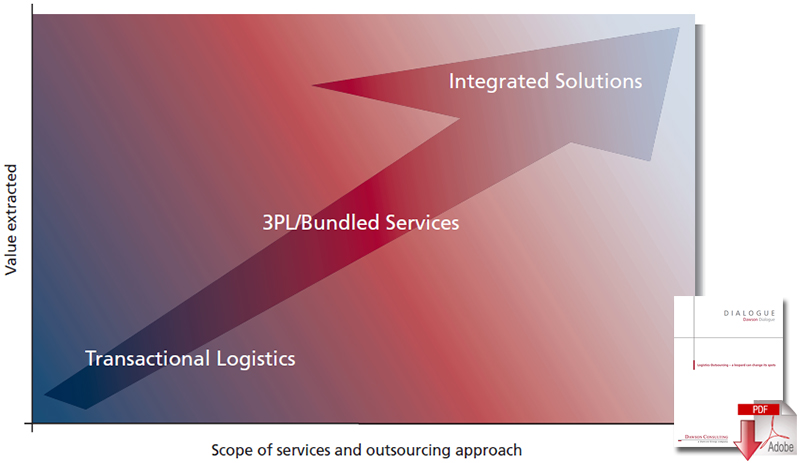 The initial response from the Foundation was essentially: “Why should we care about that subject?” My response was that if the 3PL concept gained traction in the logistics marketplace, United Parcel Service would probably want to establish an operation in that space. That appeared to strike a responsive chord. Soon after, the Foundation provided the support I sought, and I developed and administered the first survey conducted of 3PL users. It should be noted that UPS subsequently established UPS Supply Chain Solutions, a business that now generates more than $5 billion in annual operating revenues for the company.

The results of the first user survey were published in the Journal of Business Logistics (JBL) in 1992. While I initially thought this would be a one-time survey, the response to the JBL article was surprising. Literally every day after the article appeared, I received calls from companies considering the use of 3PL services, executives from existing 3PL companies, and individuals and companies considering entry into the 3PL industry. That led me to consider doing similar surveys of that group of companies on an annual basis. Yet, I had no idea that 25 years later I would still be conducting research into a global industry that now annually generates operating revenues of nearly $750 billion.

My co-authors and I subsequently conducted annual surveys of Fortune 500 companies from 1994 until 2003. Over that period we also conducted three similar surveys of large manufacturers in Europe and one in Australia. Within a relatively short period of time, other scholars in the United States and many other countries began doing very similar surveys of 3PL users that focused on a variety of other user groups.

After having conducted surveys of Fortune 500 Manufacturers for nearly a decade, we decided to examine the other side of the 3PL equation – 3PL service providers. Generating provider data would give us another perspective on the status and evolution of the 3PL industry.

Several years later an annual 3PL CEO survey was added covering the Asia Pacific region. All three of the 3PL CEO surveys are still conducted each year. By adding the surveys in Europe and Asia we have been able to document regional similarities and differences in the global 3PL industry.

What follows are the most important observations we have made based on the data generated in the 3PL user and 3PL CEO studies over the past 25 years.

We hope that they are of value to future scholars and to those companies that provide and use 3PL services to better understand the industry’s evolution and its future potential.

Setting the Stage for the Next 25 Years

As I stated at the outset, logistics outsourcing is now an important strategic option for companies across a wide variety of industries that seek to lower logistics costs, promote efficiencies, and improve service levels. In many instances, users may also be able to reduce capital requirements while focusing on their core competencies.

Over the past 25 years, the structure and scope of the 3PL industry have changed dramatically. Most of the major 3PLs in the marketplace when this research stream began have either been acquired by other 3PLs or failed.

While a limited number of large global 3PLs have emerged to play a vital role in supporting the sourcing, manufacturing, and sales activities of many of the world’s largest companies, the global 3PL marketplace is also populated with thousands of smaller 3PLs serving a wide variety of niche markets.

Looking forward, I believe the 3PL evolution is far from complete. Over the next 25 years, the industry should provide a fertile area for future researchers to continue to examine the industry’s dynamics and its impact on the field of logistics and supply chain management.