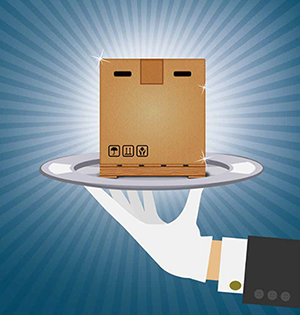 Current conditions have rendered the primary pursuit to reduce transportation costs ineffective. A cure for the “cost savings addiction” is a collaborative partnership that has an aligned long-term view of mutual success. By Mary C. Holcomb and  Karl B. Manrodt | Logistic Management

The worst global recession since World War II precipitated an evolution intransportation that’s still in progress. For shippers, excess transportation capacity during much of the recession enabled them to negotiate substantial reductions in transportation rates.

These cost savings became a key contributor to many shippers’ bottom lines; and after multiple years of being able to obtain sizable discounts in their transportation rates, shippers have taken these savings for granted.

The results of the 24th Annual Trends and Issues in Transportation and Logistics Study indicate that these cost savings are even more important today as financial performance is essentially flat year-over-year for a large percentage of companies participating in the 2015 survey.

For motor carriers, the lessons learned during the severe economic downturn, along with the impact of several regulatory changes, have compelled them to maintain a level of discipline regarding capacity that has kept them from returning to pre-recession behavior. The upshot is that demand for transportation has exceeded the available capacity in several surface transportation modes.

Forecasts indicate that this imbalance will increase as the driver shortage in trucking gets worse in the future—and the new reality for shippers is one of transportation rate increases into the foreseeable future. This situational change has many shippers experiencing the pain of withdrawal from their previous, enviable position.

For the first time in our careers, carriers, rather than shippers, are in the position of power in the relationship, and the shift has put new meaning and emphasis on the familiar terms “favored shipper,” “shipper of choice,” and “carrier-friendly freight.”

Since 2010, three main challenges have made a sizeable impact on how companies manage transportation, logistics, and supply chain activities: changing customer requirements; the cost to serve (distribution); and demand uncertainty. These challenges cannot be ignored, especially given their potential negative effect on a company’s performance.

Of course, increased profitability can only be achieved by increasing revenue or reducing cost; however, flat revenues have placed more pressure on transportation professionals to reduce costs—but not in a way that negatively affects service.

Research has shown that services are a core component of a company’s offering along with the physical product. However, increasing service levels often leads to increased cost. Results from the 2015 annual study indicate that when faced with a trade-off, the majority of companies will choose to focus on cost over service.

In addition to providing the pivotal link in serving customers, transportation has assisted companies in being responsive to constantly changing customer requirements and uncertainty in demand. However, this level of service comes at a cost.

Despite the value add that transportation contributes to a company’s overall performance through operational flexibility, there remains tremendous pressure to find ways to minimize this cost. Results from the 2015 study reveal that for some companies the increase in transportation costs as a percent of sales from 2014 to 2015 has been significant.

The surge in transportation cost relative to sales has been particularly painful for companies with annual revenues of $1 billion to $5 billion. For shippers who became accustomed to reducing a sizeable percent of expenditure from the transportation budget through various means, the past 18 months have been a shock. In fact, the “addiction” to savings has compelled many companies to seek new ways to achieve this goal in a constrained environment.

The task will be even more challenging for those firms adopting an omni-channel strategy. The results from this year’s study show that the outbound transportation budget is being spread over a wide range of distribution channels with the biggest percentage (36.2 percent) being spent on freight shipped from a plant direct to the consumer.

Without question, an integrated omni-channel distribution strategy is one of the most complex supply chain plans to implement. Because many companies manage their distribution channels independently, the transportation budget will be stretched tightly, creating internal competition for limited dollars for this activity.

To gain a better understanding of how transportation professionals are trying to leverage their transportation spend, we conducted a series of in-depth interviews with executives at leading transportation service providers—both asset and non-asset based—and global manufacturers from a variety of industry sectors. The interviews also provided some important insight and perspective on the data that was collected via the survey.

Both the survey results and the interviews confirmed procurement of transportation services is changing. Last year, 30 percent of the study respondents reported that their companies had revised the process by which they acquire transportation services. The results of the 2015 study indicate that this percentage has increased to 35.6 percent. An analysis of the activities that comprise this process shows that procurement is increasing its involvement in two primary areas: preparation and solicitation of RFQs and carrier negotiations.

Companies that changed their procurement process are implementing a variety of changes. For example, 50 percent of the companies now primarily use contract carriers while 43.8 percent of companies reported that they use the spot market for their freight moves.

In a capacity constrained environment, carriers will be selective on how they position and reposition their assets in an effort to maximize profitability,” says Tommy Barnes, senior vice president of operations at Coyote Logistics, one of this year’s study sponsors along with freight and logistics consultancy CarrierDirect. “If your freight doesn’t fit their network, carriers are proactively working with their strategic partners to develop solutions that benefit both parties.

The frequency of rebidding freight contracts also offers some understanding of the evolving role of transportation. Interestingly, 21.6 percent of companies reported that they rebid their freight contracts on a two-year or more cycle. However, this is contrasted to an aggregated 32.4 percent of respondents who either rebid their contracts more frequently than quarterly, every quarter, or every six months.

The shipper verifies that the rates received are market based, giving them assurance that their transportation costs are competitive. It keeps the carrier abreast of changes, and allows for market adjustments. “But, if a carrier really wants to develop their relationship with a shipper, they should formally initiate operational meetings to discuss how the shipper could better manage their transportation network,” says Jett McCandless, CEO of CarrierDirect.

The evolution of transportation can also be seen in the allocation of spend for this activity across the various modal options. While truckload (TL) still accounts for the largest portion of the transportation budget (21.9 percent) in 2015, there is statistically no difference between the spend on this mode and less-than-truckload (LTL).

The shifts in modal transportation spend are in part a reflection of changes in the outbound freight flows. Respondents reported that 36.2 percent of their outbound transportation spend was used for plant-direct shipments to consumers, while only 18.9 percent of the spend was attributed to freight that moved from their distribution center (DC) to the customers’ DC. The latter moves typically involve regular volume loads that offer opportunity for efficiency improvement that can lead to cost savings.

While many companies chase the lowest cost carrier for their freight moves, the performance data suggest that this is a short-term gain that has serious long-term implications for service. This fact was also confirmed by all of the shippers that we interviewed for this year’s study.

The data from our 2015 survey clearly show that service levels have reached a watershed level. Every metric across every mode posted a decline in service from 2014 to 2015. The one exception was the percent of damaged shipments for parcel; however, even this metric remained unchanged from the previous year.

Rail and intermodal posted the biggest declines in service. Shippers utilizing these modes experienced the greatest loss of service in three key areas: equipment availability, on-time delivery, and correct invoice. TL followed rail and intermodal in terms of loss of service performance. For this mode, correct invoices and on-time delivery were the problem areas.

The significant declines in service reported in this year’s study point toward the need to find a viable plan to treat this universal and growing problem.

Many of the carriers and shippers that we interviewed expressed the opinion that the years of viewing transportation as a cost where savings could be easily generated to improve gross margins have contributed to the current degradation of service.

Data from our annual study indicates that in a trade-off between cost reduction and service, cost reduction wins most often. Our success in obtaining cost savings has in fact created a corporate obsession. Current and future changes in the transportation operating environment have made this dependence unsustainable.

Much like real life dependencies, there are steps that can be taken on the road to recovery. The study results, along with the wisdom provided by the carriers and shippers we interviewed, point to three key actions that shippers who are addicted to savings need to do:

It would be naïve, however, to assume that three actions will be the “cure.” The issues facing carriers and shippers are neither simple nor straightforward. The uncertainty surrounding the global and domestic economies, a changing and often burdensome regulatory environment in transportation, along with complex and dynamic operating conditions are just a few of the many factors that are creating unease for transportation, logistics, and supply chain managers.

As Shakespeare wrote long ago: Diseases desperate grown/By desperate alliances are relieved/Or not at all. For companies that have chosen not to form strategic partnerships and carrier alliances, the question that must be answered is: How desperate are you for a cure for what ails you?

6 Tips for Maximizing Efficiency and Productivity of Warehouse Operations

Robot Trucks or Autonomous Vehicles Will Revolutionize the Supply Chain